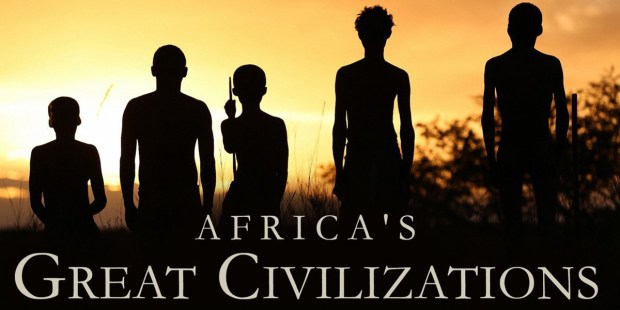 Long hailed as the “Cradle of Humankind,” Africa is a continent steeped in our history. Now, after long regarding Mesopotamia as the “Cradle of Civilization,” archaeologists have found that that title too belongs to Africa.

PBS teams with Professor Henry Louis Gates, Jr. to bring us this visually stimulating documentary series aptly named: Africa’s Great Civilizations. We were so impressed with the scope and beauty of this series that we would like to bring one to you each week. So please join us each Thursday as we learn a bit more about the ancient ones who took the first steps toward where we are today.

This installment covers the dawn of humanity, the migration of early humans across Africa and the early civilizations whose wars shaped the land. It features some of the earliest pieces of art and writings that archaeologists have ever found, even a 6,000-year-old Afro pick! Taking the viewer through the Egyptian empire, this episode ends with the Romans taking control.