‘Vipers’ Tangle’: A Lenten read for a Lent in deed 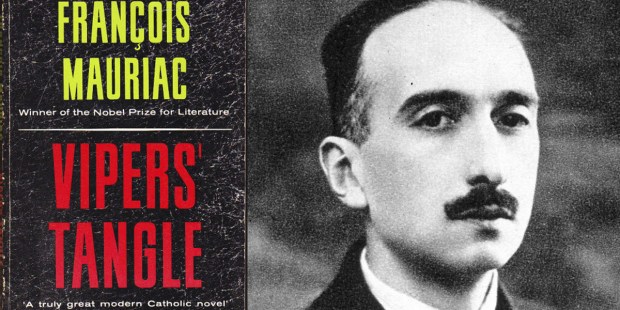 The strokes of Mauriac’s pen capture the complex hues of a soul in several stages of an unexpected path towards God.

Headlines recently spoke of, and Catholic media soon clarified, a quip by Pope Francis that it may be better to be an atheist than a bad Catholic. As Dr. Stephen Mirarchi correctly notes in his preface to Cluny Media’s timely and impressive edition of François Mauriac’s classic 1932 novel Vipers’ Tangle (Le Noeud de Vipères), Scripture seems to indicate that it is preferable to be cold than to be lukewarm. But what exactly is the difference? And how and why is the cold soul more apt to find grace than a lukewarm?

Lent is a time for fervor, for warming. While not spiritual reading per se, Mauriac’s classic is highly recommended Lenten reading. As the French impressionists could capture the façade of Notre Dame or a haystack in a field at different times of day with seemingly haphazard brushstrokes, the strokes of Mauriac’s pen capture the complex hues of a soul in several stages of an unexpected path towards God.

Written as a series of letters or reflections the protagonist, Louis, will leave for his wife to find after his imminently expected death from a weak heart, Vipers’ Tangle pulls the reader into the life of a man whose regrets have made him label others and act vindictively toward them. All he wants to do is to find a way to deny his children and grandchildren the fortune they are due to inherit from him. He is in many ways the proverbial miser who would rather see his money lost than handed over to a family who cannot wait to see him buried.

But to call this mini-masterpiece a “you can’t take it with you” story would be to sell it woefully short. Mauriac is a master of introspection. In seeing the finely highlighted details of Louis’ own sin, the Catholic reader cannot but examine his own conscience.

Notre Dame’s Dr. Timothy O’Malley’s excellent introduction and notes (printed as endnotes not footnotes) expand the text without interrupting it, giving background to some of the novel’s details and pointing out some of its subtler symbolism that could easily be missed otherwise.

Within a story of dysfunctional family relationships, Mauriac illustrates a cold soul, who can still be warmed by grace that comes from those who love purely (Louis often returns to the memory of a child he has lost), and who suffers from learning too late that love could have been his to give and to receive. This is contrasted with the lukewarm, whose routine and cultural “faith” is so disconnected from life — Mauriac says one character, who claims to practice her faith, might as well “have been saying that she always paid her taxes” (p. 273) — to the point that they cannot recognize when grace is changing those around them. Only one of these lukewarm souls sees any light, and laments, “Our thoughts, our desires, our actions struck no root in the faith to which we paid lip service” (p. 287).

Lent invites us to allow God to turn our heart of stone into a heart of flesh. A heart of stone is a tangle of vipers. As Louis’ physical heart dies of congestion, his spiritual heart becomes again one of flesh, open to God’s grace. But he is no halo-ed saint.

One good way would be to read Louis’ story as the modern-day Confessions of a sinner like Augustine. How often do we, like the novel’s characters, compartmentalize people or compartmentalize our principles? Is there a person we need to pay more attention to? Reach out to? Doing so is key to Louis’ path toward God.

This Lenten read can lead us to a Lent in deed.