Daylight Saving Time: When, where, why 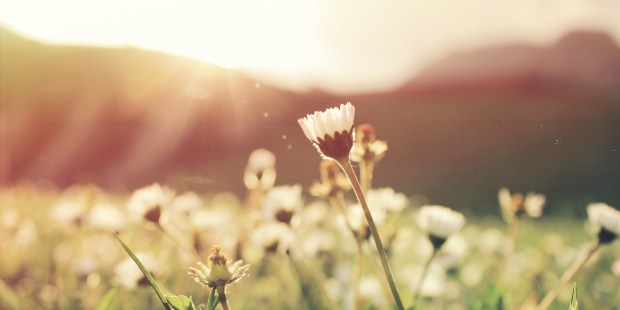 Changing the clocks and losing an hour of sleep can feel like a major inconvenience, leaving many people wondering … why do we do it at all?

Between the night of Saturday 11 and Sunday 12 March 2017 we’ll be turning our watches forward an hour for Daylight Saving Time (DST). So at 2 a.m. in the morning, it will actually be 3 a.m. meaning we’ll be losing an hour’s sleep—bad news for all those who love to hit snooze! But here’s the question people seem to ask every year: Why do we do it?

Every year, we change our clocks by bringing them forward an hour during the second Sunday of March, preparing for the summer months; and every first Sunday of November we turn them back an hour as the winter months set in. This allows us to save energy and reduce our needs for artificial lighting in the evenings, seeking as much natural daylight out as possible. So this Sunday be ready to spring forward but also mark calendars for November 5 2017 to turn clocks back. The handy mnemonic “spring forward, fall back” should help remind you which direction to turn your clock hands.

But it’s also good to note that this change in hour is not the same all over the world: In Europe the clocks change on March 26 at 2 a.m. for summer time, and October 29 at 2 a.m. as winter draws near. More tropical countries and those close to the equator also don’t make any changes to their clocks at all, as their days are already longer. And closer to home those native to Arizona (excluding the Navarjo reservation) don’t alter their watches at all, thanks to the 1968 Uniform Time Act—enacted because soaring temperatures mean that the quicker night falls the better for those coping with the intense heat. Hawaii and certain territories also don’t adhere to DST and Utah is also considering dropping the time change. This all makes it a little confusing for those of us with friends and family around the globe.

Curious how this all started? The notion of a changeable hour has actually been around for some time. In 1784, Benjamin Franklin came up with the idea in an essay entitled: “An Economical Project for Diminishing the Cost of Light,” in which he talked of getting up earlier to make the most of daylight and therefore use less candle wax. Yet it wasn’t until 1907 that the idea really took off when a British builder William Willett published a pamphlet called: “The Waste of Daylight” aiming to get people to get out of bed earlier by changing the clocks. He died of the flu a year before Germany adopted the measure in 1916, followed by England and France. America brought in this policy in 1918, with the current timetable implemented in 2005.

Sunsets across America: a visual journey

There are those who oppose this change in hour, believing there are very few savings in energy to be made, and that there are negative health effects associated with changing our clocks. Some quite naturally worry about sending their kids off to school during those darker fall and winter mornings; while others just don’t like the bother of changing all those clocks (and losing that hour of sleep)—though when you feel that way, remember that the staff of the Royal Collection must manually change over 1,000 clocks … which puts the three or four clocks you need to change into perspective. And, yes, your cell phone and computer will do it automatically.

All that said, think on the bright side: who doesn’t enjoy that extra hour dining outdoors, making the most of those barmy summer nights, drinking a delicious sangria … and it’s all thanks to the DST!

But if your kiddos are struggling with the time change, here are a few tips to help them adapt:

1. With lighter evenings, invest in some good black-out blinds or thick curtains to avoid those sun-rays streaming in at bedtime.

2. Bedtimes should be altered gradually in increments of 10 minutes over the following days for children to fully adapt to the initial loss in hour.

3. Stick to familiar bedtime routines: bath, stories, cuddles—spark up that late night barbecue when your bambinos are sound asleep!

4. Get those screens switched off one full hour before bed—although this is good practice throughout the year.

5. Make sure your little angels don’t have any stimulating drinks or foods before bed. (Regular old water or a nice warm cup of milk really does do the trick.)

6. Check that all your clocks are adjusted so you’re not late for school and work on Monday morning!