Debunking 3 myths on the Fall of the Roman Empire 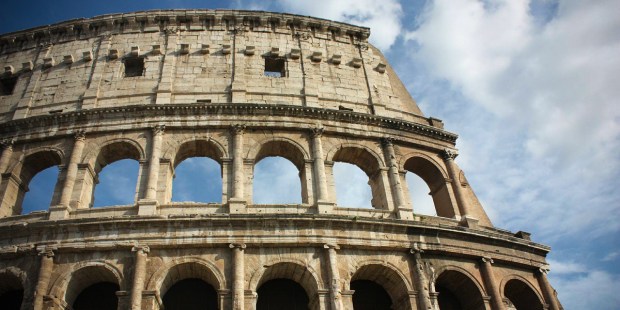 “This is the end of the world as we know it”: that’s how most Roman citizens must have felt around the year 31 BC, with the arrival of the end of the Republic, or in the 5th century of our era, as the Empire reached its — alleged — end.

Anyhow, what has always been a source of confusion for both scholars and aficionados alike are the reasons for the fall of the Empire. As with current events, very few can explain precisely what we are really going through, so Nathan Pilkington – a History professor at Columbia University– published an article in the Washington Post to help us dispel our doubts. At least, those referring to the “collapse” of Rome. Here, we wanted to go through three of the five myths professor Pilkington addresses in his text.

No, the empire did not collapse because of the “barbarian invasions.”

Rome did not succumb due to a sudden flow of barbarians entering through the gates of the city. Moreover, neither Goths nor many other Germanic peoples were “barbarians,” in the sense in which we commonly understand the term.

In fact, they had been trading and interacting with the Empire for almost 200 years, and it was relatively common for a young German to have been educated, trained, and employed in the Empire before imperial authority eroded in Italy as it did in France, the Iberian Peninsula and North Africa in the 5th century.

Moreover, it was not strange that members of the Germanic tribes were part of the Roman armies. Alaric himself, who led the Visigothic migration through the Empire at the gates of Rome (395-410 AD), began his military career commanding the Gothic Troops – yes, they were indeed a separate corps themselves – serving in the Roman army.

No, Christians did not bring the empire down.

It was Edward Gibbon, in his famous book The Decline and Fall of the Roman Empire, who claimed Christianity eroded the sense of civic duty of Roman citizens. This factor, added to the barbarian invasions, would have been decisive, according to Gibbon, to cause the fall of the Empire.

Gibbon’s work, Professor Pilkington explains, received the widespread admiration of his contemporaries, and for generations it was considered an almost undisputed authority. However, no contemporary scholar subscribes to Gibbon’s thesis, especially since he omitted the fact that the Eastern Christian Empire (that is, the Byzantine Empire) survived the Germanic migration for nearly a thousand more years.

Moreover, Pilkington points out that Gibbon decided to ignore the fact that Goths themselves were Christians. In fact, virtually all factions, in the final days of the Roman Empire, were already Christian. Today, most scholars consider what was once understood as the collapse of the Western Roman Empire only as a broader process of transformation, but not one of decline and fall.

No, the empire did not fall because of a class struggle.

Sorry to burst your bubble, Marx, but claiming Rome fell because of a class struggle is practically an anachronism, according to Professor Pilkington. In fact, the well-known struggle between patricians and plebeians took place more than 250 years before the collapse of the Republic (not even the collapse of the Empire, which would survive the Republic for five centuries).

During an early Republican period known to historians as the “Conflict of Orders”  – between 494 and 287 BC – plebeians won the right to have their own magistrates (the so-called “Roman tribunes”) and conduct their own assemblies, making laws applicable to the entire Roman State. Moreover, patricians were excluded from these assemblies, but they were still obliged to abide by these laws.

Plebeians had also gained the right to run for the office of Consul, the highest office to be held in Rome. In fact, after 366 BC, one of the two consuls was usually a plebeian. Pompey “The Great” was himself a plebeian, as was Emperor Augustus, who was not born out of any patrician family.