Ever heard of “Everyone’s Saint” Basilica?

Born in Lisbon, died in Padua, his image is in practically every single Catholic church in the world.

We know him as the “Evangelical Doctor,” since he wrote sermons for each and every one of the Liturgical Calendar’s feasts. Not surprisingly, according to tradition, St. Francis of Assisi himself told him that his mission was, simply and straightforwardly, to preach. But it was Leo XIII, at the end of the 19th century, who referred to St. Anthony of Padua for the first time as “everyone’s saint”: his devotees are spread everywhere around the globe, and there is practically not a single chapel, church, basilica or cathedral where one cannot find an image of the Franciscan saint, holding the Infant Jesus in his arms.

Portuguese and Italian claim him as their own, and not without reason on both sides: born in Lisbon under the name Fernando de Bulloes y Taveira de Azevedo, upon entering the Order of Friars Minor (that is, the Franciscan Order) he assumed the name Antonio, in homage to San Antonio Abad. In Padua, the city where he died and is buried, stands the Basilica dedicated to him, popularly known simply under the name of “il santo” –“the saint”– no further info needed.

The basilica was built right next to the old small church of Santa Maria Mater Domini, where the saint asked to be buried, and grew considerably throughout the years: successive additions were made to the church across the centuries, making it quite difficult to specify if the architecture is Romanesque, Gothic or Baroque. In it, a gold reliquary retains the saint’s tongue and jaw: most precious relics, considering St. Anthony’s importance as an exceptional preacher.

Enjoy the beauty of the Basilica of San Antonio de Padua by surfing through this photo gallery. 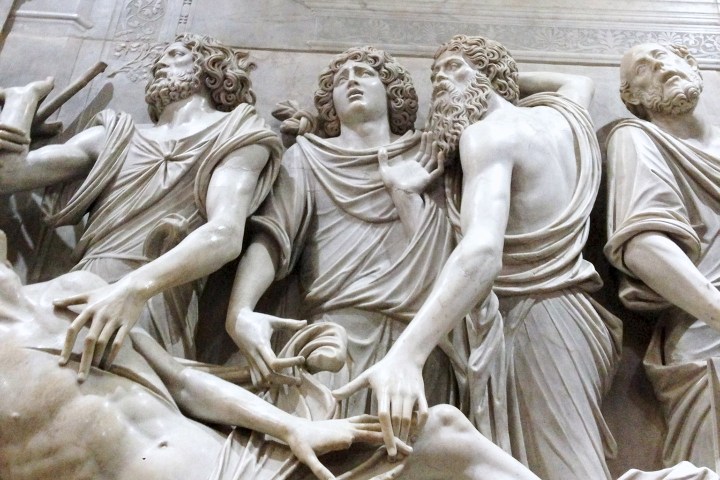