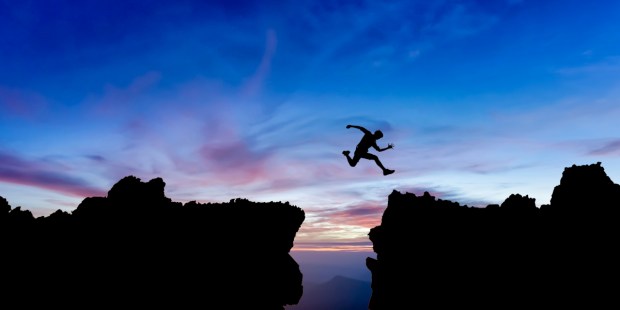 Righteous anger is an expression of hope, courage and love

Is anger always ugly? We might be inclined to quickly say, “Yes, of course!” Within us and around us, we’ve all seen many instances of rage, sometimes self-righteous, sometimes irrational, so often harmful and destructive. So, it’s easy to think of anger as ugly. But is that the only way to think about it?

Consider this from Saint Augustine: “Hope has two beautiful daughters. Their names are anger and courage; anger at the way things are, and courage to see that they don’t remain the way they are.” Isn’t that amazing?  Have you ever thought before that anger could be beautiful?

I ask these questions because the gospel passage of the cleansing of the Temple recorded in Matthew 21:10-17, where we see Jesus quite visibly and kinetically angry. Some deservedly-forgotten old hymns spoke of “gentle Jesus, meek and mild,” and some truly awful holy cards depict him as being so pale and weak that you’d think he’d faint at the sight of blood! Yet here’s Jesus flipping over tables, driving people out of the Temple.

To understand the power and beauty of Jesus’s anger, let’s recall another instance of his anger. Remember Jesus standing outside of the open tomb of his recently-buried friend, Lazarus (John 11:1-44). Various English translations say that as he prayed he was, “greatly distressed in spirit.” That’s a very tepid translation. The original Greek words are quite vivid, and are better translated by a phrase like “he was so distressed his guts were churning”—just like someone in a state of very great anger.

What can we learn from these observations? We can infer that Jesus loves the holiness of his Father, and that he hates death. The holiness of God includes goodness and wisdom—the goodness to make man in his image and likeness, and the wisdom to provide for man to see the face of God and live. When man violates that wisdom and goodness, the inevitable result is death—death in this life, and eternal death in the next. (James 1:14-15)

Jesus so loves his Father that his anger blazes at those who besmirch God’s holiness and God’s creation. Loyal Son that he is, He cannot remain still or silent when his Father is dishonored or when his Father’s children are being plundered or abducted by Satan.

Jesus’ anger moves him not to destructiveness but to courage. He knew that His cleansing of the Temple would harden the religious authorities against him—yet he did what was right. He stood before the tomb of Lazarus, confronted death boldly, and took back what belongs to his Father—knowing that his growing fame would hasten his death.

Righteous anger, joined with holy courage, is an expression of hope. Jesus shows us that we don’t have to resign ourselves to our sin or to the reign of the spirit of this world, who is only a usurper and whose days are numbered.

Recall this prophecy: “‘For just as from the heavens the rain and snow come down and don’t return there till they have watered the earth, making it fertile and fruitful, giving seed to him who sows and bread to him who eats, so shall My word be that goes forth from My mouth; it shall not return to Me void, but shall do My will, achieving the end for which I sent it,’ says the Lord almighty.”(Isaiah 55:10-11) So we see that God alone is sovereign, the true ruler of this world, and that no genuine good can come from disobeying his law or rejecting his providence.

Let’s look at one more important element of the holy anger of Jesus. The strength and intensity of his anger did not keep him from curing those in need, or gently loving children. (Matthew 21: 14-17) Even when He was angry, those who needed Jesus were able to approach Him and receive from Him what they needed.

It’s early in the holy season of Lent. How can these biblical passages help us be prepared to celebrate Easter joy? They’re a call for us to pray for three graces:

First, pray for righteous anger—united with Jesus in defending the honor of our Father and his children. Second, pray for courage—to confront first in ourselves whatever is unworthy of us as Christians. Third, pray for hope—confident that God will bring to fulfillment the good work He has already begun in us.

If we do that, if we pray and live as good stewards of righteous anger, courage and hope, then we can, as the prophet Isaiah taught us, “turn to the Lord for mercy; to our God, Who is generous in forgiving.”

When I write next, I will speak of lessons to be learned from fighting temptation. Until then, let’s keep each other in prayer.