Why do so many people admire this woman? 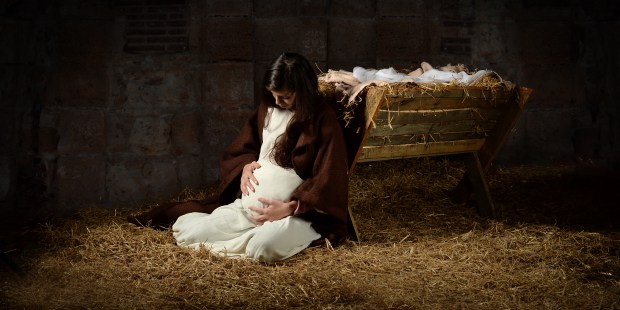 The characteristics that make Mary a role model for all women, regardless of their religious beliefs.

March 1 was special this year. It not only marked the beginning of Lent with Ash Wednesday, but it was also the first day of Women’s History Month. And who brings greater honor to women than the Virgin Mary herself? Leaving aside religious questions, we have to recognize that she is a truly remarkable woman. These are five qualities that I learned from her:

Mary never hesitated to do whatever was necessary to protect her family. She left Nazareth and gave birth to her firstborn in a very humble manger, without her mother or her friends to support her. Technically speaking, it was just her and Joseph, in whom she placed all her trust, just as he did with her.

4 ways Mary’s example can help you achieve your goals

Then, she moved to Egypt to avoid her son being killed, without knowing the language or having any friends in that country. There, she waited patiently until she could return to Galilee, showing that the first thing a good mother and wife does is sacrifice her own comfort for her family’s needs and well-being.

2. Her strength and bravery

For any mother, regardless of her religion, seeing one of her children suffer is true agony. Mary, even after having been “warned” by Simeon, supported Jesus in his difficult mission. She let him go when the time came. She witnessed all his tortures without faltering. She accompanied him throughout his Passion.

She felt the most intense sorrow when she saw him die, and nevertheless, she never showed despair or defeat; on the contrary, she took refuge in prayer, and while some disciples hid out of fear, she stayed at the foot of the cross to show her Son her boundless love.

Mary was a woman who, even in her unusual circumstances, was never irritable and always preserved her dignity. Many doubted—and still doubt—her purity; regardless, she never made an uproar to shout the truth to the world, because she knew the truth in her heart and understood that her mission was bigger than convincing people who had bad intentions.

She knew how to value things correctly and treasure them in her heart. She was the mother of the Savior of the world, and even so, she never bragged about it. She was known for her humility and the virtue of knowing how to stay silent. This was misinterpreted by some as a sign of weakness, but it was actually a sign of a her being a sensible, judicious, and reflective woman.

Mary followed Jesus’ example and forgave those who killed her son. Nor did she feel resentment for Judas’ treason or Peter’s denial. There’s no evidence of her having felt rancor or thirst for vengeance; on the contrary, her unlimited and unconditional forgiveness was the antidote for her sadness, and that’s in great part why she is the image of mercy.

As Pope Francis said when he opened the Holy Door of the Basilica of St. Mary Major last year: “Mary is the Mother of God, she is the Mother of God who forgives, who bestows forgiveness, and so we can rightly call her Mother of forgiveness. This word – ‘forgiveness’ – so misunderstood in today’s world, points to the new and original fruit of Christian faith. A person unable to forgive has not yet known the fullness of love. Only one who truly loves is able to forgive and forget.”

Mary’s greatest demonstration of love was when she trusted blindly in God. Muslims also express their admiration for Mary’s confidence in God in the Koran, which dedicates several passages to her holiness and purity. Mary could lose everything—her family’s respect, her engagement to Joseph, and even her life—as nonetheless, she said her great “yes” without limits, rooted in her deep faith.

Is this the oldest image of Mary?

Then, of course, there’s Mary’s love for her husband Joseph, and her son Jesus whom she educated and prepared for his mission with great love and affection. As should happen with every mother, her task wasn’t simply Jesus’ conception, but also included his formation and development on both a human and spiritual level (in fact, she was the one who invited him to turn the water into wine during the wedding at Cana). She’s a woman who has always shown that there’s only room in her heart for love, forgiveness, and reconciliation.

Definitively, as a Catholic, it’s impossible for me to doubt Mary’s greatness, because she was chosen by God to be the Mother of his son Jesus; but even if that weren’t the case, I’d still admire her, because she has the qualities of a great woman that we should all learn to imitate.