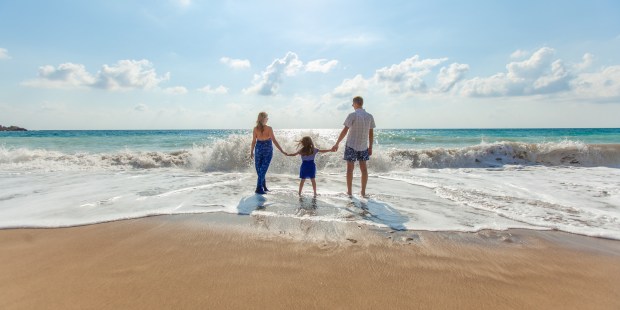 Sometimes stereotypes have some truth to them, like men not asking for directions, not always listening … and skipping sunblock.

We just celebrated International Women’s Day, and one of the things I celebrate in women is their intuitiveness (at least my wife has it, in big heaping doses). I can’t even express how many times Dena had a “feeling” about something which ended up being spot-on. With some exceptions, of course, it seems as if men’s capacity for discernment is not quite as highly developed as that of our female counterparts. This fact leads to guys sometimes being—well, how can I put it delicately?—pig-headed about stuff.

10 inspiring quotes about being a woman

Not going to the doctor, not asking for directions, not admitting when we’re wrong. You know the male stereotypes, and I’ll admit it; those generalizations are based in reality. One such area of stubbornness for many men is their refusal to wear sunscreen. Only male machismo can reason: “Yeah. I’m gonna take on the sun.”

In fact, studies show that women are three times more likely to apply sunscreen than men. And that discrepancy can have deadly consequences: men are diagnosed with melanoma at twice the rate women are, according to Ellen Marmur, an associate clinical professor of dermatology in New York City.

It’s not the concept of sunblock that we don’t like. We realize (on some level) that avoiding skin cancer is actually a really good thing, after all. The truth is, we men aren’t fond of the slathering. Women rub all manner of goops and creams all over their bodies on a daily basis. For guys, even if it’s for safety reasons, rubbing something greasy on our skin feels like we’re putting on makeup.  So instead of acquiescing to the invisible protection of sunscreen, some men choose the fashionable summer outfit of long-sleeved shirts, complete with a wide-brim head covering that rivals the one worn by Curious George’s “Man with the Yellow Hat.” Or we go without.

One such man I spoke with, Dwayne Cloar, told me, “I used to not to wear sunscreen, but I have had two skin cancer places removed, and my grandmother died from melanoma.”

Preventing skin damage and melanoma is a powerful incentive. However, some men, and their wives, are concerned about widely-circulated stories claiming that certain UVA-blocking products might actually cause health problems, rather than prevent them.

Put those fears to rest. As the American Academy of Dermatology notes, “Scientific evidence supports the benefits of using sunscreen to minimize short-term and long-term damage to the skin from the sun’s rays. Preventing skin cancer and sunburn outweigh any unproven claims of toxicity or human health hazard from ingredients in sunscreens.”

The Surgeon General agrees: “Skin cancer is the most commonly diagnosed cancer in the United States, and most cases are preventable…it can be disfiguring or even deadly. Medical treatment for skin cancer creates substantial health care costs for individuals, families, and the nation.The number of Americans who have had skin cancer at some point in the last three decades is estimated to be higher than the number for all other cancers combined, and skin cancer incidence rates have continued to increase in recent years.”

So ladies, what if your spouse consistently forgets to apply—or vehemently protests against—sunscreen? Here are a few ways other women have encouraged their mates to protect themselves: