3 Things to know about our American martyr 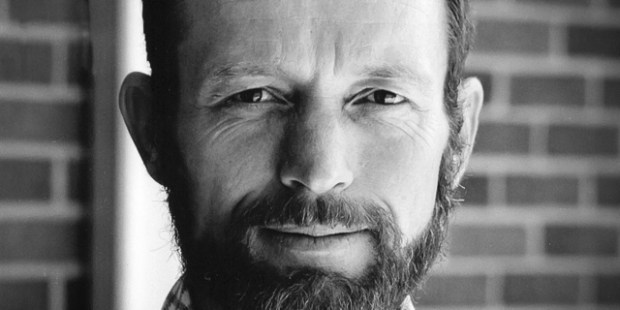 “But if it is my destiny that I should give my life here, then so be it. … I don’t want to desert these people … There is still a lot of good that can be done …”

On September 23, Servant of God Father Stanley Rother will be beatified in his home diocese of Oklahoma City. His is only the second beatification to take place on U.S. soil. Father Stanley is already the first U.S.-born martyr, and he will be the first male born in the U.S. to be declared blessed, the last step before canonization.

In 1968, Father Stanley joined a group of laypeople and clergy serving at the Oklahoma mission in Santiago Atitlán. During his 13 years at the parish mission, he collaborated in building a hospital, a school and a radio station used for catechesis. He was also a driving force in developing a translation of the New Testament into Tz’utujil, the language of the Mayan people he served.

During Guatemala’s 36-year civil war, thousands of lay, religious and priests became targets simply for serving and ministering to the rural poor, as the Oklahoma missionary did. On July 28, 1981, Father Stanley was shot to death. The assailants were never found.

This is quite a story for an ordinary farmer from Okarche, Oklahoma.

For Oklahoma City’s Archbishop Paul S. Coakley, Father Stanley Rother’s life reminds us that we are all called to holiness, and that holy men and women come from ordinary places like Okarche, Oklahoma.

“The beatification of Fr. Stanley Rother is a gift not only for Oklahoma and Guatemala, but for the whole Church,” Archbishop Coakley emphasizes. “It will be a celebration of the call to holiness that we all receive in Baptism—and of the way the Venerable Servant of God Father Stanley Rother lived that call, in an heroic manner as a priest, as a good and faithful shepherd of God’s people.”

This beatification, he added, “will be an occasion of grace and mercy for us all!”

Here are three things to remember about our American Martyr:

1. Father Stanley Rother is not only “the martyr from Okarche.” He is also the martyr from Santiago Atitlán, and his spirit lives on in that community. The utility room where he was shot and died is now a small chapel within the rectory courtyard where people come to ask for his intercession, as they did when he was their pastor.  That room is truly holy ground.

“I can’t tell you how much I admire him. He could have returned to his country, but instead he remained with his people here. He represents Jesus,” Sister Ambrosia said in a previous interview, “who gave his life for all of us. All of Guatemala already knows that he is a saint.”

2. In his words and with his life, Father Stanley, or Aplas’ as he was called in Tz’utujil, was a missionary of mercy. He lived what St. Francis of Assisi commended to the members of his community, “Let all the brothers preach by their deeds” (Rule of 1221). With humility and love, he became one of them in order to show them — not just tell them — how much God loved them. He was, as the Year of Mercy challenged us to be, “merciful like the Father.”

So the Okarche farmer became the pastor who invited his parishioners to the Eucharistic table — while driving the tractor and plowing the Guatemala fields side-by-side with his Tz’utujil parishioners.

As he explained in one of his final letters to the Church of Oklahoma, “Pray for us that we may be a sign of the love of Christ for our people, that our presence among them will fortify them to endure these sufferings in preparation for the coming of the kingdom.”

3. Like an Oklahoma farmer dependent upon the weather, Father Stanley’s faith was grounded in holy confidence, a virtue that looks at real life with the certainty of God’s presence, regardless of the circumstances.

It was this grace that enabled him –in the midst of dangerous and difficult situations – to remain certain about his vocation and conviction as a missionary. He knew with complete confidence that in his missionary ministry to the Tz’utujil, he had found the place and the people where God’s providence willed him to be—and that meant everything.

“The reality is that we are in danger,” he wrote in a letter less than a year before his murder. “But we don’t know when or what form the government will use to further repress the Church. … Given the situation, I am not ready to leave here just yet. There is a chance that the government will back off. If I get a direct threat or am told to leave, then I will go. But if it is my destiny that I should give my life here, then so be it. … I don’t want to desert these people … There is still a lot of good that can be done under the circumstances.”

Ultimately, Father Rother concluded in his final Christmas letter to Oklahoma Catholics in 1980, “The shepherd cannot run at the first sign of danger.”

Read this fast take on The Shepherd Who Didn’t Run, the biography of Fr Rother written by Maria Ruiz Scaperlanda.