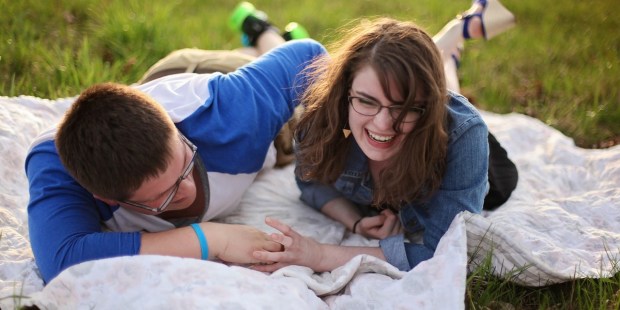 Parents may disagree on how to approach our kids about it, but on one thing we can all agree: it’s never “good” for teens to have sex.

It is one of the most often used phrases when it comes to the topic of youth and sexuality, especially in adolescence. But the reality lands far from what this phrase indicates. There is little doubt that significant changes have occurred in the sexual landscape over the past few decades. Youth are generally engaging in sexual activity at an earlier age; their older counterparts are engaging in sexual activity longer than before. Meanwhile, though, evidence suggests that the overall frequency of sexual encounters has declined across all men and women.

Respecting virginity in a hypersexualized culture

Despite differences of opinion regarding just how we should approach adolescents regarding sexual activity, I have yet to meet a parent who thinks it is good for his or her adolescent to have sex. By good, I mean safe, healthy, and formative. I have met parents who are resigned it will happen. I know parents who don’t think it is a huge deal. I know parents who feel it is a significant concern, and that sexuality should be delayed until they are adults, or married. But no matter where parents are in this discussion, it seems that almost all agree that the risks of adolescent sexual activity outweigh the benefits in the short and long-term.

The CDC agrees as indicated by the advice on their website. So does the American Medical Association. And the American Psychological Association. And most religious denominations. When it comes down to it, almost everyone, of a secular or religious nature, feels the same way that most parents do. Interestingly, evidence suggests that many teens feel the same way, even for those who have not received formal abstinence education. Sexual intercourse is a wonderful, beautiful part of life if done in the right context, but an ill-advised one if not.

So before jumping to controversial banter around practices related to teen sexuality (such as providing birth control for adolescents) that try to account for less than ideal behaviors, it seems we should make sure we are working together as effectively as possible to encourage best practice, just as we do with issues such as smoking, eating, exercise, sleep, driving habits, and other behaviors.  In the interest of sparking further discussion in this area, I offer the following ideas as starters:

1. Start early … the teaching of self-control and empathy

While I do not feel that young kids need to be (or even should, except in certain circumstances) engaged in discussions of sexuality, there is no doubt that every child of any age of reason (including toddlers) should be engaged early and often in the teachings of self-control and empathy. Self-control from an early age is one of the best, most malleable predictors of every important outcome that exists for human beings. Unlike certain entities, such as intelligence, its lessons can be taught and retained decades after initial instruction. Empathy is likely the most important quality a person can possess in encouraging healthy relationships (along with self-control). Together, these two qualities form a framework of mutual relationships founded on principled behavior and reasoned actions. The less they are present, the more likely early sexual behaviors occur; the more they become ingrained, the more likely teens and young adults will make healthy, chaste decisions.

Although teens can ultimately find ways to make unhealthy decisions regardless of any barrier, it is important to be clear that sexual intercourse is rarely (well, never, speaking literally) a behavior someone just “falls into.” There are factors that serve to predict early sexual activity, some of which are more changeable than others. Such factors include low self-esteem, increased television viewing, poor parental relationships, externalizing behaviors (such as ADHD), advanced pubertal development, and poor academic performance. In addition, studies indicate that higher levels of supervision are associated with lower rates of sexual activity. The longer teens are left alone, the more likely temptations are acted upon. For these and other factors, it is critical to address areas of deficit before early sexual activity becomes a reality.

3. Have better insight into how teens make decisions around sex

When it comes to teens engaging (or not engaging) in sexual activity, research has found that adolescents do consider a number of factors: contextual circumstances, relationships, reputation, evaluation of risks/benefits, setting of boundaries, and evaluation of previous sexual encounters, among other issues, play a significant role in determining the likelihood of various types of sexual encounters. We as parents and professionals need to understand better what drives these decisions so that we can engage with adolescents around pertinent topics.

What our youth see on a screen (even subtle, suggestive material) matters in regards to their sexual decisions more than even the research can illuminate. All youth are likely to see some of what they probably shouldn’t. The question is really just how much, how intense, and to what degree do we sanction it (implicitly or explicitly) in our own homes.

5. Invest in resources that clarify and teach your values

For many parents (including myself), sexuality and youth isn’t exactly a topic that “rolls off the tongue.” It spurs thoughts of awkward conversations of years past and uncertain, nervous interactions to come. Good intentions have often been derailed by moments of silence and an increased heart rate. So, before you jump into these talks, I encourage everyone to read and write more about what you want to say. Many good resources exist, but a great one is the Chastity Project, founded by Jason and Crystalina Evert. They speak to youth and adults across the world, in secular and religious settings, about the value of chastity no matter what decisions have been previously made. I was fortunate to sit down with Jason this past year while he was in town for a talk, and quickly recognized the passion, genuineness, and transparency he brings to this challenging area. He and Crystalina have written a number of great books and have a very active website no matter where you or your teen is in this discussion.

6. It is never too late to make a better decision

As Crystalina Evert has written about, she and many others have found great hope and promise with secondary virginity, which occurs when someone decides to refrain from intercourse even after they have engaged in it before.  So often I think that when sexually-active teens hear talks regarding abstinence, they have one of two responses. They either cringe in embarrassment or scoff at the advice given.  But no matter the lifestyle, it is never too late to make a decision that honors self and others. Even after a birth. Or an abortion. Or a victimization. These decisions are rarely easy. But they are possible, and they have the opportunity to change the course of someone’s life especially if others support them in this endeavor.

Too often, abstinence is seen or promoted as something that a teen is supposed to do out of moral or religious obligation. I am not saying this isn’t a huge component of chastity as it is critical for so many that not being abstinent can carry logical and spiritual consequences. In fact, I think we should be careful about enabling teen sexuality by not allowing for natural consequences to take place. But it also seems that teens need to understand that in delaying intercourse, they aren’t inherently giving up something that the “fun” and “popular” people are doing; instead, they are making a choice to invest and gain in other areas with the “peace of mind” to know that outcomes of sexual promiscuity won’t deter or provide significant challenges to their health and life calls.

Years ago, Billy Joel published the song “Only the Good Die Young” as a satirical commentary on the Catholic view of sexuality, yet it really speaks to almost all of our beliefs as noted prior. Some of the lines include, “You Catholic girls start much too late … but they never told you the price that you pay … for things that you might have done … The sinners are much more fun … Only the good die young.”

It’s a catchy tune, but the more you read the lyrics, the more you realize just how dead wrong Joel got it. When it comes to living a long life, it ironically happens to be the celibate Catholic nuns that lead this charge. When it comes to paying a price (including that of a shortened life), we’re hard pressed to find consequences that trump unintended pregnancy, outcomes of STD, abortion, depression, suicide, substance abuse, and the like. And when it comes to having fun and getting things done, well, I and others can attest that there is PLENTY of both to be had with taking a “better” route. Some teens are going to have sex no matter what we do. The bigger question is just how relevant and possible we make chastity for all, both for immediate reasons and those that take a lifetime to understand.

Adapted from a 4-part series on the author’s blog, and from the Evansville Courier & Press.