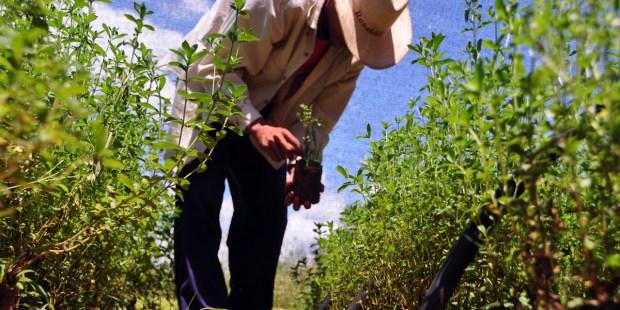 Lyme disease is notoriously difficult to cure. Conventional antibiotics, while effective in most patients, leave 10 to 20 percent of patients with lingering symptoms, broadly characterized as “chronic Lyme disease.”

Now researchers have found promising evidence that the leaf extract Stevia, commonly used as a sweetener, may be an effective antidote to the B. burgdorferi bacteria that causes Lyme. A pre-clinical study published by the European Journal of Microbiology & Immunology found that the Stevia plant is able to harness its phytochemical defense system to protect against infection by the bacteria.

What’s more, as an article in GreenMedInfo notes, tests on the most antibiotic-resistant form of B. burgdorferi showed that the bacteria actually increased in mass when antibiotics were administered, while it decreased by about 40 percent after a dose of the Stevia extract.

Lyme disease sufferers should note that this research is only preliminary, and they shouldn’t necessarily stock up on Coca Cola Lite. Turns out that the stevoside extract used in the soft drink was not as effective in tests as “the real thing.”