Rod Dreher explains the ‘Benedict Option’ and why we need it 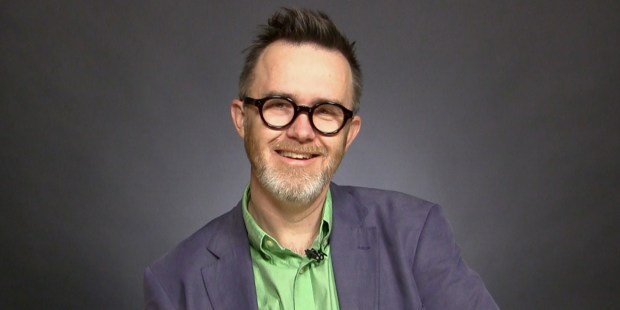 Veteran journalist Rod Dreher has just produced a potent study of what ails America—and is proposing that the best solution may be (as his new book is titled) The Benedict Option. As the book’s promotional materials describe it:

Now is a time of testing, when believers will learn the difference between shallow optimism and Christian hope. However dark the shadow falling over the West, the light of Christianity need not flicker out. It will not be easy, but Christians who are brave enough to face the religious decline, reject trendy solutions, and return to ancient traditions will find the strength not only to survive, but to thrive joyfully in the post-Christian West.

The Benedict Option is a gripping, sobering read, and it foresees a future for Christians in the West that some might describe as dystopian. Are things really this bleak? After reading the book, I was curious to hear Rod’s thinking behind all this, and sent him a few questions by email.

Aleteia: So tell us. What exactly is “The Benedict Option”?

Dreher: It’s the choice that all believing Christians face today, in post-Christian America: Do we keep living as if these were normal times, or do we embrace our status as exiles in Babylon, and start building a way of life that enables us to hold on to the faith in this new Dark Age upon us?

The name comes from the famous final paragraph of philosopher Alasdair MacIntyre’s 1981 book After Virtue, in which he compared the moral chaos of late modernity with the decadence of Rome before the fall.

He said that in those days, there were men and women of virtue who quit trying to “shore up the imperium” – you might say, “Make Rome Great Again” – and instead set about building out new forms of community within which they could live out their countercultural convictions in a time of great trial. MacIntyre said that today, we await a “new – and doubtless very different – St. Benedict.”

Having read MacIntyre and been convinced by his thesis, I started wondering what a new and very different St. Benedict would have to say to us lay Christians of the 21st century.

Benedict of Nursia, as you probably know, is considered to be the founder of Western monasticism. His Rule became the guidebook for the monastic movement that boomed in the early medieval period, and that not only preserved the faith and helped spread it through barbarian Europe, but also laid the groundwork for the rebirth of civilization there.

If we are going into a post-Christian Dark Age – and I believe that we are – then we Christians have to ask what lessons we can learn from the Benedictines that can apply to our own lives outside monastic walls. That’s what The Benedict Option explores.

Q: Is this something that is primarily religious, i.e., Christian? Or does it have wider applications?

A: It is primarily religious, but because of that, it has wider applications. Let me explain. In the secular age, we have become accustomed to compartmentalizing our faith. Christianity is something we do on Sundays and holidays, and is generally just a part of our overall life. But this will not do. Jesus doesn’t want to be Lord of only part of our life. A big reason that so many Christians today look, act, and think no different from the world around us is that we have arranged our lives to keep true conversion at bay.

Benedictine spirituality stands against that. It’s a way of life that orders everything to the service of Christ. Of course under the Rule, a monk’s days and activities are strictly regimented, far more than ordinary Christians can or should accept.

But we lay Christians have no less of an obligation to order our lives to Christ than the monks do. As the monks know, it is not enough simply to think the right thoughts and to have the right intentions. The practices we undertake in daily life either draw us closer to God, or away from him. Benedictine spirituality is a practical spirituality, a way of Christian living that consecrates the routines of the everyday.

The Benedict Option, then, has implications for how we work, how we pray, how we worship, how we practice politics, how we educate our kids, how we use technology – basically, to all of life. It’s not a 20-point program for getting your life in order. The Ben Op, as it is called, is going to look different for different communities, depending on their faith tradition and local circumstances. What Ben Op communities have in common, though, is a commitment to living in a consciously countercultural, traditional Christian way, every day.

Q: That sounds like a radical new way of living for a lot of Americans. Why do you think this is necessary now?

A: Flannery O’Connor said that you have to push back against the world as hard as it pushes against you. Christians today – Catholic, Protestant, and Orthodox alike – aren’t pushing very hard at all. Consequently, we’re getting pushed around, and catechized by an anti-Christian culture.

The social science research is damning. Christian Smith, the Notre Dame sociologist, and his colleagues have found that contemporary American Christians know very little about the Christian faith as it has been historically understood. Instead, they have embraced a feel-good counterfeit he terms “Moralistic Therapeutic Deism.” Anecdotally, my frequent conversations with professors at Christian colleges confirms Smith’s findings.

Parents, churches, and Christian schools are producing believers who have little or no understanding about what it means to think and act as a Christian. It’s all about feeling good about yourself. This is a prelude to losing Christianity entirely.

I believe that most of us who are alive today will see a European-style collapse of American Christianity. Social scientists used to think of the US as a counterexample to the secularization thesis. That is, they looked at high levels of religious identification in the US, as compared to the dismal numbers in Europe, as evidence that modernization does not always bring secularization. Now, that has changed. The unprecedented decline of religious faith among the millennials shows that America is on the same downward slope.

The only way to resist this is to root ourselves deeply in our faith, not only in terms of what we learn about it – doctrine, Scripture, Church history – but also in terms of our practices, both individually and communally. There is no alternative.

More to read: After the election, unleash the Francis Option

Father Cassian, formerly the prior of the Benedictine monastery in Norcia, the saint’s hometown, told me that Christian families and communities that don’t embrace some form of the Benedict Option aren’t going to make it through this time of testing. He’s right.

Q: If you had to sum up the book’s message, briefly, what would it be?

A: Christians in the West are entering a time of mass apostasy, the spiritual equivalent of the great flood that swallowed the world in Noah’s time. Believers have to build arks to carry our faith across this dark and stormy sea, so that we will not lose our own souls, and so that the faith will be present for the rebuilding when the waters subside. Even though ordinary Christians are called to live in the world, the 1,500-year-old Benedictine way of life is a model for us.

The Benedict Option is really nothing more than the Church being the Church we were supposed to be all along. It is a call to repentance. Some critics accuse me of being “alarmist,” and I say yes, I am – but there is much to be alarmed about. If we aren’t alarmed, then we are not accurately reading the signs of the times. But if we react only out of fear, and are not also determined to be joyful amid our sorrow, we are not reading the Gospel. In the post-Christian West, we have to learn how to be what Pope Benedict called on us to be: creative minorities who model the love of Christ and the joy of His fellowship to a world grown cold and dark. As Christians, we have to evangelize, and the most effective form of evangelism today is in the lives we lead that stand in contradiction to the way of the world.

More to read: How to live like a radical Christian