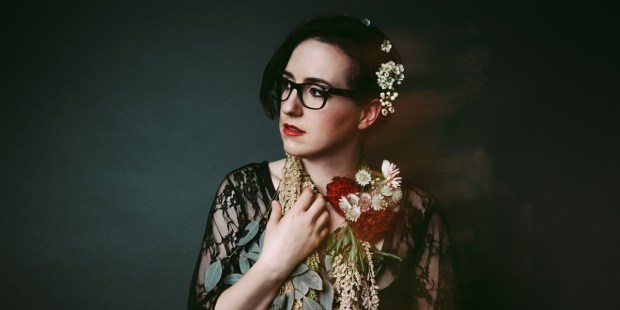 St. Patrick’s Day would not be complete without these moving classics

“When Irish eyes are smiling, sure ’tis like a morn in spring. In the lilt of Irish laughter, you can hear the angels sing.”

So the song goes – and with good reason. Saint Patrick’s Day has become a kind of celebration par excellence, a day when dancing, laughing, and drinking erupts in the Irish and non-Irish alike to honor a people who have brought so much dancing, laughter, and Guinness to the world.

But the secret of the Celts is that their buoyancy resembles a life raft.

If you look at the lives of great comedians, you’ll often find that a great sadness fuels their funniness. Their lighthearted humor is often a product of – and remedy for – an interior darkness.

So it is with the Irish, whose national history is filled with dark times. The Irish poet W.B. Yeats wrote that his people had “an abiding sense of tragedy,” and John Steinbeck observed that the Irish are “a dark people with a gift for suffering way past their deserving.” Of course, as with most things, G.K. Chesterton probably said it best: “The great Gaels of Ireland are the men that God made mad. For all their wars are merry, and all their songs are sad.”

Maybe it’s no coincidence that the happy Irish feast also happens to fall in the season of Lent. The origin of St. Patrick’s Day – the 5-century slave-shepherd who brought the Prince of Peace to green hills running red with slavery, war, and human sacrifice – has largely been lost. But if there’s a single image that best captures the people whose exuberance springs from suffering, it’s the Celtic Cross.

So after all the celebrations have died down, here are seven lamentations from Ireland sure to break your heart, cloud your eyes, and really make you Irish for the day:

The Dubliners – The Rare Old Times

“The Rare Old Times,” sung here by Ronnie Drew of The Dubliners, is a poignant song about the transformation of Ireland’s capital city under a rising tide of progress. But it’s also so much more: a meditation on the passing of time, the loss of innocence, and the preciousness of memory.

Paddy Reilly – The Fields of Athenry

“The Fields of Athenry” is another folk song from the 1970s, but one about rural Ireland during the Great Famine of the 19th century. The song recalls a fictional man who is arrested for stealing corn to feed his family, and his young love who prays for his return – and interestingly enough, has since become a fan favorite for different soccer and rugby teams.

Probably the most recognizable song of the seven, “Danny Boy” is a heartbreaking ballad about a parent saying what might be their last words to a son headed off to war or emigration (lyrics here). The song has been covered by everyone from Johnny Cash to Elvis Presley – but there’s something special about Irish tenor Frank Patterson’s soaring rendition.

Enya’s “May It Be” was composed for The Lord of the Rings: The Fellowship of the Ring in 2001. Like Tolkien’s masterpiece, the Irish vocalist reflects the sense of mysticism and magic found in Ireland’s past, and draws us into a meditation on the limits of solitude and fortitude.

“Molly Ban” (or “Polly Vaughn”) is an earlier folk song from around the 18th century about a fair woman who is mistaken for a swan by a hunter when traveling through the woods. What follows is a tragic twist of fate of mythical proportions.

Another folk song first recorded around the 18th century, “The Parting Glass” is a traditional Irish ditty sung to conclude events and gatherings. Though more whimsical than the other six songs, the lyrics apparently first appeared in “Armstrong’s Goodnight,” a verse penned by a man facing execution for murder – and the lyrics describe a wistful if not outright painful goodbye.

Audrey Assad – Be Thou My Vision

The newest recording on the list is also the oldest song: Catholic singer Audrey Assad’s 2016 cover of a 6th-century Irish hymn, “Be Thou My Vision.” The nation burdened with saving civilization after the fall of Rome has been well-acquainted with grief. But here, in the promise of its spiritual heritage, all of Ireland’s tears of sorrow – past, present, and future – are wiped from its eyes, leaving only tears of joy.