The future saint who refused to swear allegiance to Hitler 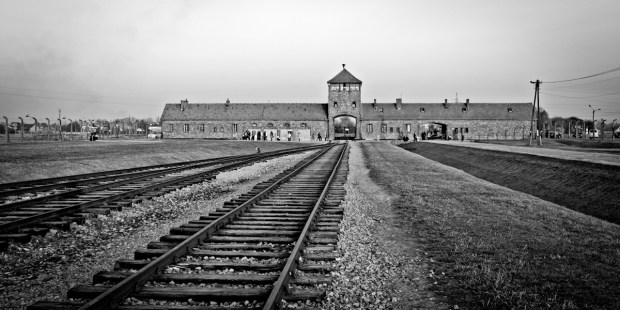 Josef Mayr-Nusser obeyed the first commandment to the end: “…thou shalt not have strange Gods before me.”

Josef Mayr-Nusser, an Italian layman remembered as a conscientious objector during WWII, will be beatified today, March 18, 2017, in Bolzano, Italy. I first bumped into him as I was paging through the lives of those I call Catholic Hall of Famers (i.e., canonized saints and those on the way to canonization). He caught my eye because he was a member of the St. Vincent de Paul Society, as I am. (The founder of the Society — not Vincent de Paul, as you might think — is another one of my saint-friends, as I wrote here).

Josef being part of the Society means he and I had something in common beyond just being Catholic. Although separated by time, we had both found ourselves in the same ministry.

There is, however, a glaring difference in our life stories: He died at the hands of the Nazis in 1945 and has been declared a martyr.  So in comparing our lives, I was way out of my league. But the connection was still there. I could actually relate to the realities that were part of his life pre-Nazism.

Josef Mayr-Nusser was born in 1910 in Bolzano, Italy. His parents were devout Catholics and instilled in Josef and his older brother, Jakob, a love of Christ and His Church. Jakob ultimately became a priest, while Josef remained a lay Catholic true to his faith.

At an early age he became fascinated by the life of Frederick Ozanam (the Society’s founder) and St. Vincent de Paul. When he was 22 he joined the Bolzano Conference of the Society. Five years later he became the Conference president. The connection for me deepened. I had been president of my conference for seven years.

The Society operates under a “Rule” approved by Rome, which applies to all Vincentians the world over. This same rule was in effect back in 1937. Vincentians do not have people come to them for assistance. They go to the person seeking help and visit with them. This is called a “home visit.” It has been the practice since Frederick Ozanam started the society.

When you have to make final decisions and you do not have the resources to assist folks in oftentimes dire straits, especially evictions, it can be heart wrenching.  Nothing is more sickening than when you are unable to provide the help needed and families are being put out in the street right before your eyes. I am sure these experiences impacted Josef Mayr-Nusser because he became a very vocal anti-poverty advocate in Bolzano.

As a conference president I could understood what Josef had to deal with. It cemented my connection with him. Then came the disconnect. I could not begin to imagine what it was like to live under the Nazis.

Josef married Hildegard Straub in 1942 and in 1943 they had a son, whom they named Alberto. But the uncontrollable wave of circumstances which were part of World War II quickly tore the young family apart. The Nazis had taken over Bolzano and Josef was drafted and sent to Prussia for military training. Josef despised Hitler and his Nazis and was even a member of an anti-Nazi group called “Andrea Hofer Bund.” When he was called forward to take the oath of loyalty to Adolf Hitler, his fate was sealed.

The day he was asked to take the oath was October 4, 1944. He stepped forward and said, “I cannot take an oath to Hitler in the name of God. I cannot do it because my faith and conscience do not allow it.”

His friends quickly tried to make him recant. He refused. They pulled at him, shouted at him and shook him. Still, he refused. He believed that there was no way that Nazism could be reconciled with Christianity. It was an ideology that was opposite to God’s divine law. He was pulled from the ranks and taken to Danzig, where he was prosecuted.

In February of 1945 Josef was sentenced to death for treason and was ordered to Dachau to be shot. During the journey he came down with dysentery and died on the train. When his body was found he had a Bible and a rosary with him. He was 34 years old.

The First Commandment as given to Moses by God is “I am the Lord thy God, thou shalt not have strange Gods before me.” Josef Mayr-Nusser refused to replace his God with Adolf Hitler. This act cost him his life. He is today known as the “Martyr of the First Commandment.”

After unexpected delays, the beatification of Josef Mayr-Nusser has been approved and is scheduled to take place in Bolzano on March 18, 2017.

I ask my brother Vincentian, Blessed Josef Mayr-Nusser, to please pray for us.