The ‘via dolorosa’ of sacred music and hope for its resurrection 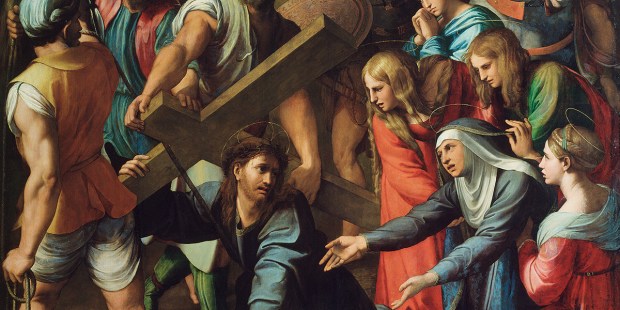 “There was a time when the Church did not run after the latest fashion, but was the maker and arbiter of culture.”

VATICAN CITY —Pope Francis last week called for an end to the “mediocrity, superficiality and banality” that has entered into liturgical music in the Catholic Church since Vatican II.

The pope’s appeal comes as a group of “musicians, pastors, teachers, scholars, and lovers of sacred music” have issued a statement expressing their “great love for the Church’s treasury of sacred music,” and their “deep concerns about its current plight.”

Cantate Domino Canticum Novum [Sing to the Lord a new song] surveys the current horizon of sacred music and offers positive proposals for its restoration in the Catholic liturgy. It was issued to mark the fiftieth anniversary of the promulgation of the Instruction on Music in the Liturgy, Musicam Sacram, on March 5, 1967, under the pontificate of Paul VI.

“Sacred Scripture and Sacred Tradition alike bear witness to a great love for the beauty and power of music in the worship of Almighty God,” the signatories observe in the introduction. “The treasury of sacred music has always been cherished in the Catholic Church by her saints, theologians, popes, and laypeople.”

The “vast amount” of Christian literature and papal pronouncements extolling the beauty of sacred music, and the importance of its role in the liturgy, was reaffirmed by the Fathers of Vatican II in the  document Sacrosanctum Concilium.

Yet in the years after the Council, the Mystical Body’s hymn to her Head, the Bride’s sweet song to her Beloved, was often despised and rejected, and the decades following Vatican II became “the via dolorosa of sacred music.”

“Indeed,” the signatories observe, “what was happening in some factions of the Church at that time (1967) was not at all in line with Sacrosantum Concilium or with Musicam Sacram. Certain ideas that were never present in the Council’s documents were forced into practice, sometimes with a lack of vigilance from clergy and ecclesiastical hierarchy. In some countries the treasury of sacred music that the Council asked to be preserved was not only not preserved, but even opposed.”