Endangered pollinators: A threat to the world food supply 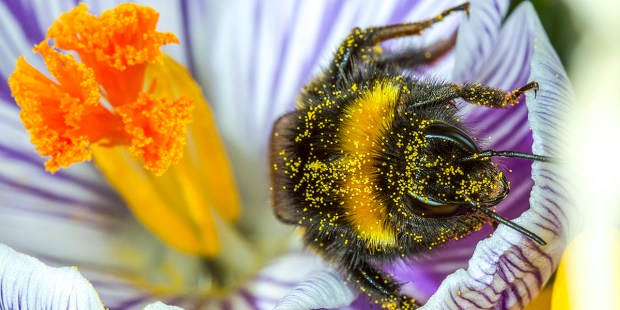 Around 3,000 scientific papers affirm 40 percent of invertebrate pollinators might be facing extinction.

Seventy-five percent of the world’s food crops depend on pollination, even if partially, according to a UN-sponsored report. This report, NPR says, gathers together the conclusions of more than 3,000 scientific papers, which conclude that around 40 percent of all invertebrate pollinators (bees, butterflies, crickets and other insects) and 16.5% percent of vertebrate pollinating species (mainly birds and bats) are facing extinction. This grim conclusion is mainly due to five factors, according to the US National Parks Service: habitat loss, introduction of non-native species – both animal and vegetable – pesticides (neonicotinoids in particular), climate change and parasites and diseases.

This threat obviously affects the whole world’s food supply: almost 90 percent of the world’s flowering species, explains ecologist Laura Burke, of Montana State University in a note published by WIRED Magazine, “require insects or other animals for pollination. That’s a lot of plants that need these adorable creatures for reproduction. And if we don’t have those plants, we have a pretty impoverished world.” Such impoverishment would imply not only a world coffee, chocolate and apple shortage, but much more serious consequences: economically speaking, we are talking about $235 to $577 billion worth of global crops, according to an article published by ThinkProgress.org.

Among such threatened pollinators, bumblebees and butterflies are, apparently, the most endangered species: nearly one-third of North American bumblebee species, once quite common, are in decline, according to a recent survey organized by the Xerces Society, included in the article published on WIRED. In fact, “it’s now possible to wander a corn farm for days without seeing a single bee.”

As with bumblebees, monarch butterflies are also at an historically low level: entomologists have found declines in their numbers all throughout California, for instance. Most researchers blame pesticides, in particular neonicotinoids, which are said to destroy the bees’ nervous system, but urban development – as it leads to pollinators’ habitat loss – is also to blame.

Taking action would imply doing with pollinators the same thing that has been done in the past with other species such as wolves, spotted owls and salmon. It might be even easier, as, unlike the case with wolves, anyone can take part in making pollinators’ lives more feasible. Communities, even in urban environments, can create pollinator habitats, butterfly garden corridors, and other sustaining initiatives on pollinators’ migration routes.