Giving up my car led to 10 years of blessings 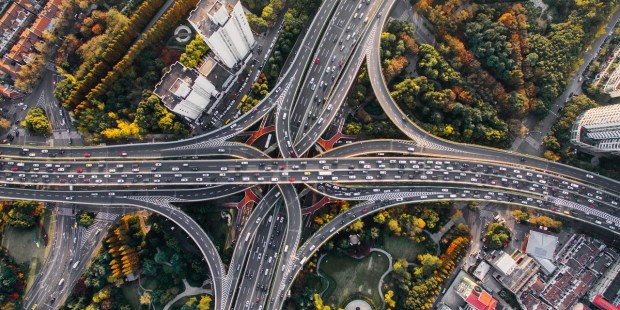 The story of a totaled car, a reluctant cycler and an unexpected relationship.

The light turned green. I slowly pulled into the intersection when suddenly I saw a large, fast-moving object to my left. It was too late. As I felt the van crunch into the side of my car, I knew it wouldn’t be a typical workday. Little did I know that the decade to come would also take an alternate route. As I got out of the car, I realized I was fortunate that the van had hit the back half of my car, and that the other driver and I were both unhurt. But bad news ensued, as I would later find out that the ever reliable Corolla was totaled; even worse, the amount given by insurance would be reduced by 30 percent of the value of the car (which came nothing close to its true “value” to us) because I had not allowed the “intersection to clear.”

Read more: The daily prayer that can change your life

Less than a year before the accident, our twins Zach and Emma (our first children) had been born. On the fateful morning of the accident, I was still finishing up my fellowship with a permanent position looming in a month or so, and Amy was home full-time. Money was tight, especially with the purchase of our first home about six months earlier. The prospects of trying to replace our dependable car with the small insurance settlement was unsettling. Days later, though, as I spoke to my friend, Rodney, an idea emerged that he had already embraced.

At first, I thought he was crazy. I had grown up in a two-car household from infancy, and a two-car household we would be. Besides, I already knew that the bus system wasn’t reliable, and that the St. Louis transit schedule wouldn’t be easy to figure out, and risky with a new job on the horizon. But given the frugal sort that I am, I took the plunge. Despite my initial anxiety, within weeks, I started to figure out the secrets of the trade and began to utilize multiple routes. Less than two years later, I walked into my new office back home at St. Mary’s health center and realized that my workspace now came with a private bathroom (thanks to being in a renovated nursing home). Busing now wasn’t my only option; biking and running also became my way, and the car-less life would continue for eight more years.

Ten years after the car crash, the most obvious benefit has been the cash saved. In fact, owning a car costs on average about $8,500 a year, or more. Although we no doubt have been on the low end of that curve, applying the statistics would suggest over $80,000 in savings in the past decade. Especially considering the average bike maintenance or repair is usually less than a new car tire.

Currently, my one-way commute is seven miles, meaning that if I bike to work a full week, it is 70 miles of exercise built into my commute, which only takes 5 to 10 minutes longer than by car.

I have probably averaged 50 miles a week over the years by bike. Accounting for vacation time, this ends up being about a cross-country trek every year, (not including any training I do beyond the commute); thus, I am a couple of years away (at the current pace) from circumnavigating the globe seven miles at a time.

In the process, I have been blessed to complete an Ironman, four ultra-marathons, a 200-mile half-day ride, fifteen 100-plus-mile rides, and more endurance and outdoor events than I can recall.

At the same time, I have published three books and more than a hundred articles as a father of six (going on 7) and a pediatric psychologist.

I am convinced that much of this would have never happened without my daily carless commute.

My commutes to work provide a daily dose of quiet time, especially intracranial silence. In my life, I need all the silence I can get. Not only for my peace of mind, but for my need to reflect on the day that is to come, and the one that has just been.

I have a rule. I don’t ride in ice and snow, but bike in pretty much everything else. Over the years, I have been on Washington Avenue when the mercury hit 108 and coasting down Stringtown hill when the thermometer hit 0 (yes, that is Fahrenheit). When I first started biking 15 years ago, I thought my temperature threshold was about 55. But I have come to realize that with the right gear, the right attitude, and a gradual process of acclimation, there is no such thing as a temperature limit. In the meantime, every day I am immersed in the beauty and variety of the seasons. I am acutely aware of the slightest change in wind and weather pattern. Nature and I coexist in mutual appreciation (minus my occasional annoyance at the strong headwinds).

Read more: 5 must-see movies about the beauty of sacrifice

Every year, more than 30,000 people die in traffic fatalities in the U.S. Most had no idea that it was to be their last ride. And although some regard biking on the roadways as a dangerous proposition, certain statistics (using time riding vs. driving) indicate similar risks for motorists and cyclists in regard to fatalities and serious injuries. But, regardless, when you are open to the vehicles nearby, there is no denying that every moment could be your last. Every time I get on the bike, I ask God to keep me “safe, healthy, and holy” as my wish is to live as long as He will have me here. But in moving past the fear, I have come to realize one thing: Awareness of my own mortality is a powerful reminder that I need to make the right choices each day. I may be young by many standards, but I am aware that death can come at any time.

It is ultimately not death that carries me on my rides, but life and love. Love of the air flowing through me. Love of the people I pass by, the life carrying on around me, and those I look forward to seeing each day. But most of all, love of Him, whom I am still coming to know. At any given time, I am likely in conversation with the object—the Person—of my affection. Although the bright, sunny, ambient days are great, I have come to know—and love Him the most—on the darkest, coldest rides. It is then that He reveals Himself fully, and when I have come to trust fully in Him to keep me warm and safe.

A few weeks ago, we purchased a second vehicle because our family is growing beyond the minivan’s capacity. Youth sports are also increasing, and two cars seem almost necessary. But as Rodney and I recently agreed (yes, they are soon to be a two-car family, too), we look forward to the days when the two once again become one. In the meantime, I will still bike (or even run or bus) into work many days. For Lent is here and the springtime is approaching, and I must know what He has in store.