How were bronze statues made in Greek and Roman times? 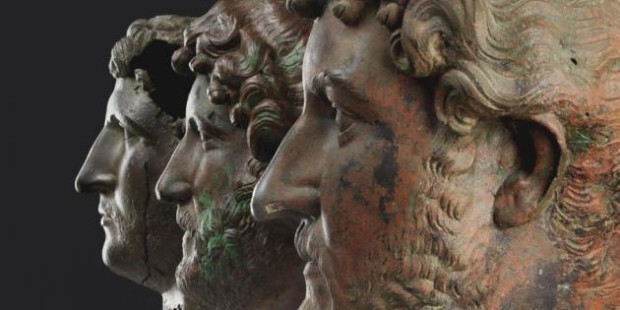 The beauty of the “lost wax” casting method

Bronze statues, it almost goes without saying, are made following procedures that differ radically from those a sculptor must follow when working on marble, or any other stone. Instead of carving or shaping an entire block of a given material, bronze sculptors must use – even nowadays – a method that includes the use of different molds, into which molten bronze is poured. Some of these molds are made of wax, which explains the name “lost wax method.”

The video above, which explains the lost wax method one step at a time, was created by Renana Aldor and Kobi Vogman for the Israeli Museum in Jerusalem, and was originally published by Slate.

The featured sculpture corresponds to one of the three busts of the Roman Emperor Hadrian that were part of an exhibition the Israeli Museum in Jerusalem hosted last year.