We must sometimes cross raging rivers to work the fields 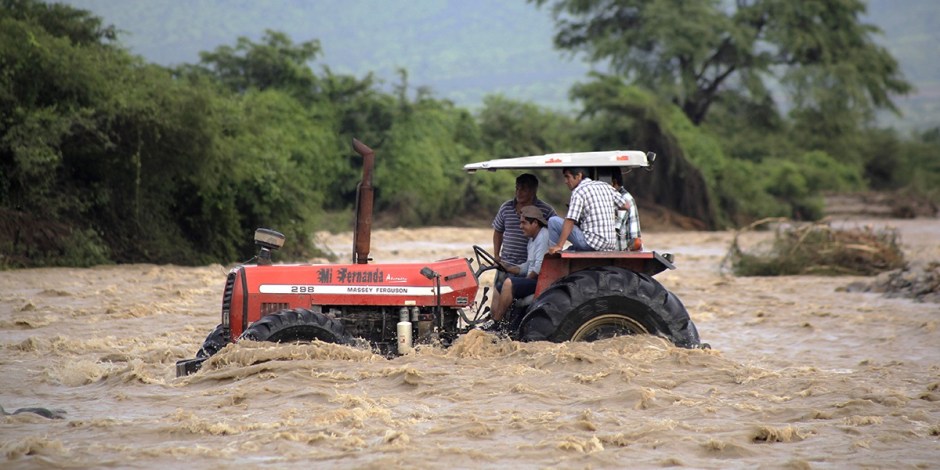 CHICLAYO, PERU – MARCH 19, 2017: People who live in the countryside outside the town of Chiclayo, 770 kilometres north of Lima, use a tractor to cross the rising waters of the Zana River on March 19, 2017.

The El Nino climate phenomenon is causing muddy rivers to overflow along the entire Peruvian coast, isolating communities and neighbourhoods. Thousands have been affected since January, and 72 people have died. Most cities face water shortages as water lines have been compromised by mud and debris.