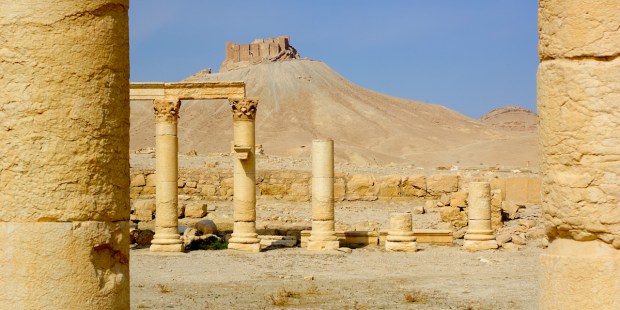 A world heritage fund has been set up to stop the further destruction of historical sites.

In its zeal to cleanse the world of pre-Islamic history, the Islamic State has systematically attempted to destroy the Middle East’s cultural heritage by demolishing its ancient artifacts and sites.

Now world donors have pledged over $75 million to prevent or stop any further destruction of historical sites and to restore sites that have been damaged. According to a report in the Los Angeles Times, French President Francois Hollande announced at a donors’ conference in the Louvre Museum in Paris that a heritage fund had been set up with the goal of raising $100 million. He called on others to contribute to the fund.

So far, according to the report, France has pledged $30 million to the fund, Saudi Arabia has offered $20 million, the United Arab Emirates has committed $15 million, Kuwait $5 million, Luxembourg $3 million, Morocco $1.5 million, and American philanthropist Thomas Kaplan has pledged $1 million.

Switzerland has also pledged financial, administrative and legal support, and Italy has offered to provide military personnel and conservation experts.

Among the historical sites destroyed and looted by Islamic militants are the ancient Syrian town of Palmyra, the museum of Mosel in Iraq, the 13th-century BC city of Nimrud in Iraq, the tomb of the prophet Jonah in Iraq, and Nineveh in Iraq.

According to Thomas McDonald, writing for Aleteia, while ISIS’s drive to destroy historical sites is the most worrisome development in the destruction of the Middle East’s heritage, ordinary looters and criminal gangs are also responsible for a great deal of it.

“The illegal trade in antiquities is a vast international operation worth millions, although very little of that money trickles down to the poor Syrian digging holes for buried items to help feed his family,” wrote McDonald.

In the article he wrote for Aleteia, McDonald noted that a civilization’s cultural heritage is often a casualty of war:

The 14th century Muhammad Sa’im al-Dahr destroyed the nose of the Sphinx because he was outraged that people were making offerings to it. (No, Napoleon didn’t order it shot off by cannon fire.) During World War II, American bombers dropped 1400 tons of bombs on Monte Cassino, the place where St. Benedict built a monastery and established the Benedictine Order in the 6th century. It was rebuilt after the war and reconsecrated by Pope Paul VI in 1964.