Should Christian-run businesses be held to a higher standard? 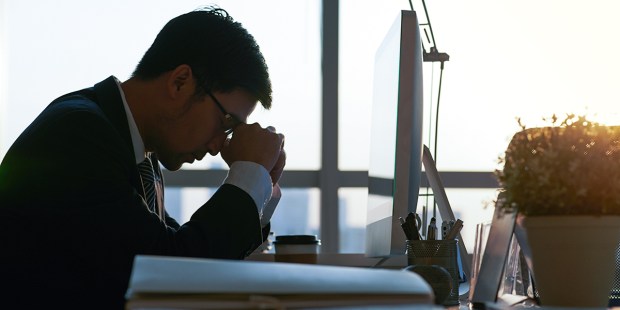 Our culture chose to make the bottom line a business’s fundamental criterion for action, over the humane treatment of its employees.

The religious publisher (not an American one) recently fired a lot of employees on a Monday morning, giving them 15 minutes to clean out their desks before throwing them out of the building. One man had worked at the publisher for 20 years, and was rewarded thusly. This was even worse than it sounds. A friend noted that your chances in the job market drop about 50 percent the moment you lose your job, and publishing’s already a very bad market for finding another one.

Some years ago I met a man, a Christian, who had made a great deal of money as a consultant to Christian companies, and this is the advice he gives them. It’s “safer” to cut people off, less disruptive to the business, etc. That’s corporate “best practice.” One can guess that the bosses want to hear this, and giving this kind of advice is a major way consultants make money.

Yet he talked in the bubbliest way about the faith, which he apparently entirely separated from business. A secular conception of “best practices” is simply made Christian best practice.

Treating employees that way strikes the normal person as uncharitable and unjust. Judging from many such stories, it is also typical of Christian companies with more than a handful of employees. The lure of corporate best practice must be strong. And not just because it’s so useful as a rationalization for taking the easy way out, but because it’s the accepted model for business life.

It’s what businesses do (so runs the claim). It’s the objective standard. It’s above morality, and certainly above theology. To do otherwise would be naive and idealistic and to disserve the company. That would be bad business. Business is about the bottom line. That’s how it serves the world. Corporate best practice is just “good business.”

But is it? One of modernity’s great projects was to find the “laws” that govern human activity and to create objective rules everyone could follow. And not wrongly. But the great mistake often made is to confuse laws with choices and to turn choices into laws. Corporate “best practice” is one of those.

Our culture chose to make the bottom line a business’s fundamental criterion for action, over the welfare of its employees. It chose to treat workers as individual economic actors for whom their employers have no responsibility. It chose the convenience represented by the “best practice” way of laying off employees over the more difficult way of treating them humanely. There’s no objective law that makes any of those choices a necessity. They are choices, and self-interested choices to boot.

St. John Paul II talked about this in Laborem Exercens (section 8) when he rejected the “economistic” premises of “the liberal socio-political system.” That system “strengthened and safeguarded economic initiative by the possessors of capital alone, but did not pay sufficient attention to the rights of the workers, on the grounds that human work is solely an instrument of production, and that capital is the basis, efficient factor and purpose of production.” Popes from Leo XIII onward have said the same thing.

Catholics don’t obey invented “laws” of economics. We shape our economic lives by the Church’s teachings. “The economic sphere is neither ethically neutral, or inherently inhuman or opposed to society,” Pope Benedict XVI taught in Caritas in Veritate. “It is part and parcel of human activity and precisely because it is human, it must be structured and governed in an ethical manner.”

Christianity runs aslant to worldly ideologies. How it runs aslant can be hard to see when worldly ideologies present themselves as “science,” as simply statements of the ways things are. It rebukes modernity’s narrative and its claims to objectivity, in this case the idea that “best practice” requires the abuse of employees. You cannot find in all of magisterial Catholic Social Teaching the justification for firing employees without warning and then treating them like prospective criminals.

From Leo XIII and Rerum Novarum through Francis and Laudato Si, the answer to the claim that doing so was required best practice would get the answer, “No, it’s not.” It cannot be good business if it is unjust and uncharitable.

A friend told me about being laid off ten years ago. His supervisor told him as soon as she heard, that his job was going to be dropped the next year. She told him to update his CV and start looking, and recommended him to people she knew. His having a job made finding a new much easier. He found one, thereby saving his employer the severance costs. A win-win, as he put it, but only because his employer treated him charitably and justly.