5 Tips to deal with PDD—the milder, ‘moody’ type of depression 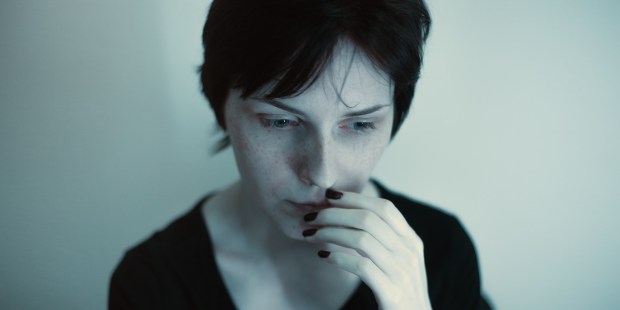 I used to think I was just a chronic pessimist, until I discovered I had persistent depressive disorder.

I have battled persistent depressive disorder (PDD), previously known as dysthymia, for most of my life. It means that more often than not, I find myself in a low mood. I always thought I was just a chronic pessimist. Major life events, such as changes in schooling or friendships, exacerbated my condition. However, despite my persistent blues, I was resourceful and got by, even if gloomy clouds were never too far off.

After moving back from living abroad, I had a serious bout with major depression. I could hardly get out of bed in the morning. It was the first time in my life that I sought help for my depression from a medical doctor, and I was diagnosed with PDD. At first I felt a sense of relief. I was finally able to put a name to what I had felt for so long.

Read more: Prayer vs. therapy: Which one do you need?

Almost immediately my doctor suggested medication. At first, I refused. Feeling defeated, I opted to seek therapy to sort through my emotions instead. It felt as if I had spent my whole life trudging through a dense jungle of emotions. Yet, armed with a machete of my persistence, I had managed to cut through the brush of despondence and survive. Yet, deep down I knew that therapy would not be enough.

That was 2008. Since then I have been on and off medication and I have been able to handle most of my day-to-day life from what I learned through therapy. However, major life events still threw me for a loop. Within a matter of six years I managed to get married, move abroad a second time, have two children, and move back to my husband’s hometown. The medication was a blessing in those times of considerable change, but I always clung to the hope that someday I would find a natural way to deal with the symptoms, as they came.

Throughout my years of research on depression, and I’ve come to terms with the fact that this is something I will have to deal with the rest of my life. There is no magic bullet, or best-selling self-help book, or perfect medication. But, I have found it possible to relieve many of the symptoms of mild depression by simply living a healthful lifestyle. Here are 5 tips that have changed my life:

1. Cut back or eliminate refined sugars

The idea here is to not to cut out sugar and carbs, but refined sugars and carbohydrates. Foods such as white bread, white rice, pasta, cookies and cakes—which can lead to erratic blood sugar levels—are like poison to those who suffer from depression. Specialists at the Brain Bio Center in London say that “poor blood sugar is often the single biggest factor in mood disorders.” The “brain depends on an even supply of glucose” and so the sudden highs and lows of sugar spikes “have been implicated in aggressive behavior, anxiety, and depression, and fatigue.”

Eliminating all processed foods as well as refined sugars and carbs cold turkey has helped me ease my symptoms. My mood is steadier and I do not feel tired and down most of the time. Research now shows that sugar is like a drug. The sooner you eliminate it, the better you will begin to feel.

Once your blood sugar levels have evened out from quitting refined sugars, you’ll have more energy to get started on a moderate cardio program. Harvard medical school reports that “regular exercise can improve mood in people with mild to moderate depression.” It also may play a supporting role in treating severe depression. In fact, doctors suggest, for some people “exercise might be an acceptable substitute for antidepressants.”

Exercise helps to enhance the action of endorphins, chemicals that are released during vigorous exercise may help to improve mood. I have yet to find a time when I haven’t felt good after I put in a great workout. It’s what keeps me going back for more. Of course, the difficulty is getting started. Starting slowly while not pushing yourself too hard is fundamental. The key is consistency and adding to your time and intensity gradually. Once you work yourself up to five days a week you will feel the fruits of your labor in your steady mood. I can tell you that this has been the greatest indicator of change for me. I have never been one to exercise very much. But now that I am aware that it has a certain medicinal quality for my mental health, I strive for consistency.

3. Get plenty of rest

The Institute of Medicine in Washington D.C. reports that “persons experiencing sleep insufficiency are also more likely to suffer from chronic diseases such as hypertension, diabetes, depression, and obesity…” Not only is a lack of sleep bad for our health, but it also leads to unhealthy habits. The prestigious Mayo Clinic notes that lack of sleep leads to overeating high-calorie foods and overall less physical activity. The good news is, all these tips build upon each other. If you begin eating more healthfully and exercise at least three times a week, you will soon have more energy. Consequently, this will naturally lead you to get to bed earlier. If you are a night owl like me, this is quite remarkable. Ever since I’ve made these simple changes, I have consistently slept seven to eight hours every night. I also sleep more soundly, allowing me to wake up feeling refreshed and energized. Getting enough rest is key to continued healthy living. It’s a domino effect.

In his book Confessions, St. Augustine poetically exclaims “You have created us for yourself, O Lord, and our hearts are restless until they rest in you.” Restlessness is the inability to rest or relax because of anxiety or boredom. Depression, in a sense, is a type of restlessness. We are so consumed by our sadness and melancholy that we cannot relax or rest. One way to find rest and peace is through prayer. However, most often prayer requires silence; it’s a dialogue with God. Silence is difficult for those with depression. Silence invites us to sort through our thoughts and miseries. Yet, seen from another vantage point, silence and prayer can also be an opportunity to rest. It’s like talking to an old friend and just letting all pour out. Just vent! God will listen. It is said that God created us for happiness. If this is true, than He will surely help to relieve our grief. Only one way to find out. Try prayer.

Want more evidence that prayer can really help? “A growing body of scientific research, starting with the studies of Herbert Benson at Harvard Medical School, has shown that contemplative or meditative practices have wide-ranging health benefits, including benefits for depression and anxiety,” Dr. A. Kheriaty writes in The Catholic Guide to Depression. Prayer is a means to grow closer to God and at the same time, it has mental health benefits. It is a win-win.

5. Lay off the self-help books

Researchers at the University of Montreal say consumers of self-help books, who spend $10 billion on these types of titles in the U.S., are actually feeding their own depression rather than helping it by reading these DIY books. It’s far more effective to seek professional help such as cognitive-behavioral therapy (CBT), which has been proven to help those with depression.

I was once addicted to these books, but have vowed to stop reading them after realizing that after all the years of reading them, I never felt any better. In fairness, it’s hard to know if self-help books truly aggravate depression, or if people prone to depression are just drawn to this genre. I admit, I was always searching for that magic formula; a needle in a haystack of millions of self-help literature. It doesn’t exist. Not one book has ever changed my life.