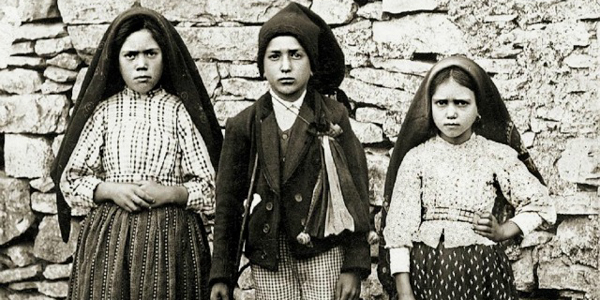 Francisco and Jacinta Marto will be among the youngest saints canonized in the history of the Church.

VATICAN CITY — Pope Francis has issued a decree paving the way for the canonization of two of the Fatima visionaries, brother and sister Francesco and Jacinta Marto.

While an official date has not yet been released by the Vatican, Italian media reports suggest the pope may canonize the two shepherd children during his May 12-13 visit to Fatima, to mark the 100th anniversary of the Marian apparitions.

The announcement came this morning, after the pope met with Cardinal Angelo Amato, Prefect of the Congregation for the Causes of the Saints, and authorized the congregation to promulgate a decree regarding the miracle attributed to the intercession of the two children of Fatima. It is the second and final miracle needed for their canonization.

Francisco and Jacinta will be numbered among the youngest saints in the history of the Catholic Church.

As today’s decree attests, a single miracle has been attributed to the intercession of Franciso and Jacinta. This was also the case in 2000, when Pope John Paul II beatified the brother and sister: although initially two distinct causes had been opened, only one miracle — attributed to their joint intercession — was required for their beatification.

The canonical process to examine the miracle approved today was opened on October 13, 2004.  The case involved the healing of an infant named Felipe Moura Marques who, when the process was opened, was 5 years old.

Born to a Portuguese couple living in Switzerland, Felipe was born with type 1 diabetes, a disease considered incurable. His mother and his grandmother, who had a great devotion to Francisco and Jacinta, took the child to the Marian Shrine in Fatima and placed him near the tombs of the two blessed.

On May 13, 2000, while watching Pope John Paul II beatify the two shepherd children on television, Felipe’s mother prayed to Francisco and Jacinta for the health of their son. Since that time, Felipe has not needed to take insulin and has been completely cured of diabetes.

Our Lady addressed the pain of a world torn by war and revolutions, and called for prayer, penance, and redemptive suffering to prevent war and to save souls from eternal damnation.

Mary told the children to pray the Rosary often, saying: “Through the Rosary, you can stop wars.”

Within two years, young Francisco died at the age of 11, while Jacinta died one year later, at the age of 10. Both were victims of the Spanish flu pandemic which spread across the world after World War I.

Although young, Francisco and Jacinta devoted the end of their lives to intense prayer and offered their sufferings, in union with Christ, in reparation for sin and for the salvation of souls.

Earlier this year, on February 13, 2017, the third of the Fatima visionaries — Sr. Lúcia Santos — also took a further step in the canonization process.

The only surviving visionary in the years following the apparitions, Sr. Lucia entered a convent when she was of age and later transferred to a Discalced Carmelite convent in Coimbra, Portugal.

In 1941, Sr. Lucia revealed that Our Lady had entrusted the children with three “secrets.” The first secret was a vision of Hell. The second concerned the end of the First World War and a warning of World War II. When asked by her bishop to reveal the third secret, Sr. Lucia was not convinced that God had clearly authorized her to act in this manner. Later however, at the order of her bishop, she wrote down the third secret and placed it in a sealed envelope not to be opened until 1960. This envelope was later delivered to the Vatican and was eventually published by the Holy See in June, 2000.

Three years later, Pope Benedict XVI waived the usual 5-year waiting period to begin the process of her beatification. The diocesan phase of the the process of canonization concluded last month.

Every pope since Pius XII has expressed his belief in the divine and supernatural character of the events which took place at Fatima. John Paul II attributed his survival after an assassination attempt on May 13, 1981 to the intercession of Our Lady of Fatima.

Read more:
Online Exclusive: What John Paul II Intended to Say the Day He Was Shot

The pope’ pilgrimage to Fatima

Pope Francis will journey to Fatima on May 12-13, 2017 to mark the centenary of the Marian apparitions. Francis will be the fourth pope to visit the shrine, following Blessed Paul VI, St. John Paul II and Pope Benedict XVI.

Last year, on May 11, 2016, he spoke about Our Lady of Fatima during he weekly general audience, saying:

“She asks us to never offend God again. She forewarns all humanity about the necessity of abandoning oneself to God, the source of love and mercy. Following the example of St. John Paul II, a great devotee of Our Lady of Fatima, let us listen attentively to the Mother of God and ask for peace for the world.”