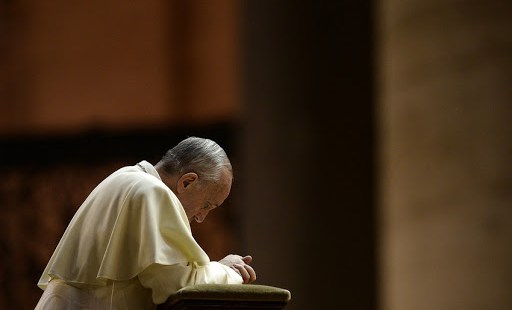 VATICAN CITY — Pope Francis has sent his condolences to the victims of yesterday’s terrorist attack in London that left four people dead and 40 wounded, as new details emerge about the assailant.

Addressed to the Archbishop of Westminster, Cardinal Vincent Nichols, and signed by the Cardinal Secretary of State, Pietro Parolin, the telegram from the Holy Father reads:

“Deeply saddened to learn of the loss of life and of the injuries caused by the attack in central London, His Holiness Pope Francis expresses his prayerful solidarity with all those affected by this tragedy. Commending those who have died to the loving mercy of Almighty God, His Holiness invokes divine strength and peace upon their grieving families, and he assures the nation of his prayers at this time.”

At 2:35 p.m. on Wednesday, an attacker struck at the heart of the UK government just yards from Big Ben. The assailant first mowed down pedestrians along Westminster Bridge with an SUV before continuing towards the gates of the Houses of Parliament. There he got out of his vehicle, ran into the courtyard and fatally stabbed one police officer before policemen shot him dead.

“The location of this attack was no accident,” UK Prime Minister Theresa May told the press yesterday. “The terrorist chose to strike at the heart of our capital city, where people of all nationalities, religions and cultures come together to celebrate the values of liberty, democracy, and freedom of speech.”

Meanwhile, on Thursday morning, Prime Minister May said the following about the attacker:

“His identity is known to the police and MI5 and when operational considerations allow he will be publicly investigated. What I can confirm is that the man was British born, and that some years ago he was once investigated by MI5 in relation to concerns about violent extremism.”

The Islamic State has claimed responsibility for the attack. It comes one year after the March 22, 2016 Brussels bombings.