The cross at the border belongs to the King 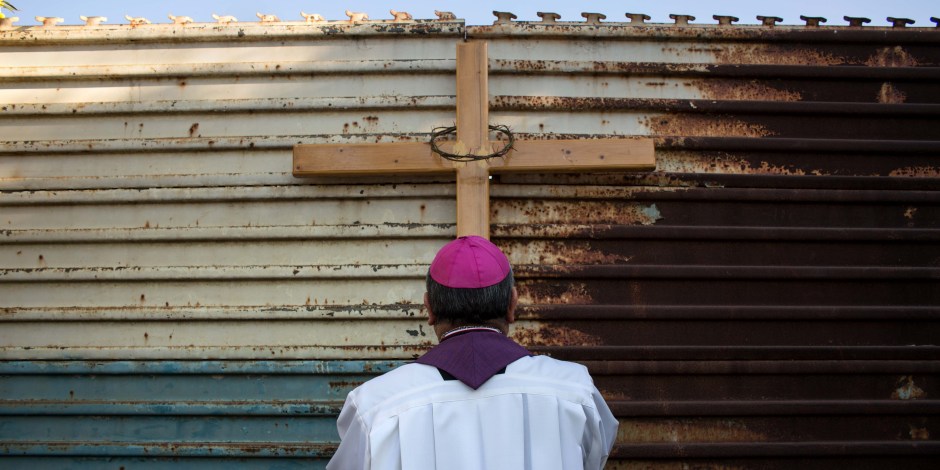 Before he formally took the mantle of Archbishop, Barron visited the border wall in Tijuana. He kissed it and spoke to the crowd, proclaiming:

“I’m happy to learn that this is a land of migrants, like Jesus was a migrant.”

Tensions have risen at the US-Mexico border since President Donald Trump vowed, during his 2016 campaign, to build a wall to keep out undocumented immigrants. On January 25, 2017, President Trump issued an executive order that marked the beginning of construction on this wall. Of the 2,000-mile border, less than half has physical barriers, which were initiated under the administration of George W. Bush.

The USCCB has disagreed with plans for the wall:

Bishop Joe Vasquez, Chair of the Committee of Migration and Bishop of the Diocese of Austin, stated:

“I am disheartened that the President has prioritized building a wall on our border with Mexico. This action will put immigrant lives needlessly in harm’s way. Construction of such a wall will only make migrants, especially vulnerable women and children, more susceptible to traffickers and smugglers. Additionally, the construction of such a wall destabilizes the many vibrant and beautifully interconnected communities that live peacefully along the border. Instead of building walls, at this time, my brother bishops and I will continue to follow the example of Pope Francis. We will ‘look to build bridges between people, bridges that allow us to break down the walls of exclusion and exploitation.’

“The announced increase in immigrant detention space and immigration enforcement activities is alarming. It will tear families apart and spark fear and panic in communities. While we respect the right of our federal government to control our borders and ensure security for all Americans, we do not believe that a large scale escalation of immigrant detention and intensive increased use of enforcement in immigrant communities is the way to achieve those goals.”