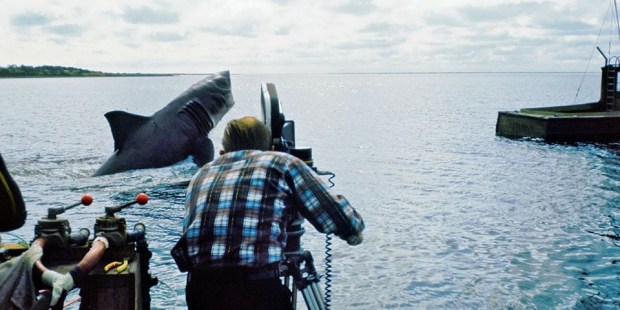 Sometimes our worst days can translate into our best achievements.

People are fired up for Feud.

The FX television drama, starring Jessica Lang and Susan Sarandon, is based on the real-life rivalry of film legends Bette Davis and Joan Crawford and their relationship during and after their film Whatever Happened to Baby Jane? No question, Feud creator Ryan Murphy had plenty to work with.

Davis and Crawford were certified legends by the time Baby Jane started filming. They already hated each other, too. But by the early 1960s, the light from both of these stars had dimmed. Both were over 50. Neither had directors banging down their doors anymore. And the film—revolving around two faded sisters/actresses/rivals who loathed each other—was a chance to remind people of their cinematic greatness. In fact, Crawford personally asked Davis if she’d be interested in Baby Jane, perhaps knowing their legendary rivalry might boost ticket sales.

But filming did nothing to patch up their leaky relationship. Davis relished the chance to push Crawford down the stairs during filming. And when Davis had to drag Crawford across the floor for a scene, Crawford allegedly put rocks in her pockets to make it harder. After filming, the two women’s catty remarks about each other became tabloid staples, and when Crawford died in 1977—15 years after Whatever Happened to Baby Jane? was released—Davis still couldn’t muster much of a compliment. “You should never say bad things about the dead, only good,” she allegedly said. “Joan Crawford is dead. Good.”

Read more: A guide to dealing with people you don't like

But even though the experience working together was undoubtedly difficult for the both of them, that very tension helped make Whatever Happened to Baby Jane? a box-office hit, a critical darling (it was nominated for five Academy Awards, winning one) and an enduring, campy classic.

What? Baby Jane isn’t illustrative enough for you? Here are a few more examples pulled from Hollywood history, illustrating that sometimes our worst days can translate into some of our best achievements.

Aguirre, The Wrath of God

German director Werner Herzog and actor Klaus Kinski wanted to kill each other at times—and I mean that quite literally. In this 1972 film, Herzog would consistently try to enrage Kinski to get the take he wanted. And let’s face it, enraging Kinski, who sometimes took the phrase “shooting a film” a little too literally, was pretty easy. (When a hut full of cast and crew grew too noisy for Kinski’s liking, the actor fired a gun into the hut and shot the tip off an extra’s finger).

Their professional clash culminated in Kinski threatening to leave filming and Herzog calmly telling him that, if he did, Herzog would shoot him with a rifle. The result of all this tension? A film that put Herzog on the cinematic map and is consistently ranked among the best 100 ever made. Oh, and Herzog and Kinski went on to make four more films together.

While Aguirre marked the beginning of Herzog’s and Kinski’s professional relationship, Groundhog Day proved to be the last collaboration for director Harold Ramis and star Bill Murray. The two longtime friends had worked famously well together on such hits as Stripes and Ghostbusters, but creative differences eventually proved to be the duo’s undoing.

Read more: The hidden meaning in the film 'Groundhog Day'

Murray, who wanted the film to be moodier than the straight comedy Ramis was after, grew more eccentric on set as the shooting of Groundhog Day went on. He stopped returning phone calls and dodged production assistants. When Ramis suggested Murray hire a personal assistant to help smooth the shoot, Murray hired someone who was, in Ramis’ words, “profoundly deaf, did not have oral speech, spoke only American Sign Language, which Bill did not speak nor did anyone else in the production.”

Murray’s and Ramis’ relationship was so broken by the end of the film that they didn’t speak to each other for 21 years, reconciling only when Ramis was close to death. But that creative tension helped create one of the most beloved, most enduring, most spiritual comedies of our time.

The feud here wasn’t really between an actor and a director, but between a special effect and the whole movie. Steven Spielberg had counted on a massive, giant, mechanical shark to do the film’s heavy lifting (or heavy scaring, rather), but the blasted thing (nicknamed Bruce) barely worked. And when it did work, it seemed to do so of its own accord—like when future Star Wars creator George Lucas visited the set, stuck his head inside Bruce’s mouth and had the shark’s jaws suddenly snap shut on him. As such, the shark is rarely seen in the finished movie, which turned out to be a boon. “The film went from a Japanese Saturday matinee horror flick to more of a Hitchcock, the less-you-see-the-more-you-get thriller,” Spielberg later said. Jaws became a staggering blockbuster and one of Hollywood’s all-time classics.

We could go on, of course. Looking at Hollywood’s history, it sometimes seems like movie magic must be brewed from tears and trouble. But the same could often be said of our own lives, couldn’t it? A fight with a friend leads to better understanding and reconciliation. Creative differences on the job can make a project that much better (or, maybe, lead to a better job). It’s worth remembering that our bad times now can lead to achievements we all take pride in and better moments down the road.

“We rejoice in our sufferings,” St. Paul wrote, “knowing that suffering produces endurance, and endurance produces character, and character produces hope, and hope does not put us to shame, because God’s love has been poured into our hearts through the Holy Spirit who has been given to us.” (Rom. 5:3-5, ESV)

Sometimes, even our most painful experiences can lead to hope later on.