They’re not Catholic yet, but they get Lent. Do we? 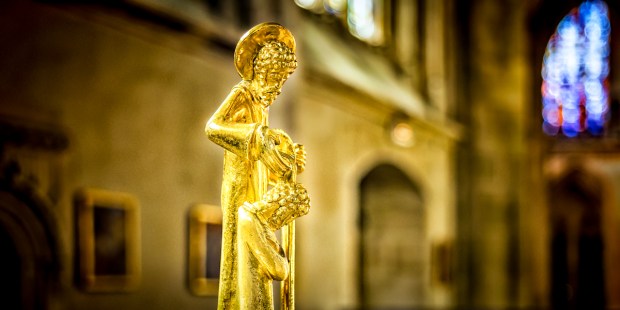 The Sundays we’re living now are among the most important celebrations of the entire year.

You were once in darkness, but now you are light in the Lord. Live as children of light, for light produces every kind of goodness and righteousness and truth. Try to learn what is pleasing to the Lord.
— Ephesians 5:8-10: Second Reading of the Fourth Sunday of Lent

When I was actively involved in parish faith formation, the Third, Fourth, and Fifth Sundays of Lent were, in many ways, among the most important celebrations of the entire year. These are the Sundays of the Scrutinies, ancient and meaningful rituals that are an essential part of the RCIA (the Rite of Christian Initiation of Adults).

As the Elect look forward to being received into the Church at the Easter Vigil through Baptism, Confirmation, and receiving the Eucharist, these Sundays provide the rest of us with a perspective on what the Season of Lent is really all about: preparing to renew our baptismal vows at Easter.

Unfortunately, many of us have not been appropriately formed to see preparation for Baptism and the renewal of our baptismal commitments as being the ultimate goal of our Lenten penance and good works.

The liturgies for these Sundays are all oriented to helping us reflect on the gift and grace of Baptism. The prayers, the readings at Mass (especially the Gospels), and the rites of the Scrutinites all teach (or at least remind us) that conversion is an ongoing process. These days aren’t only about the Elect and the Candidates for Full Communion, these are the celebrations of the entire Church.

On the Fourth Sunday of Lent—Laetare Sunday—with its rose-colored vestments and joyful tones, we hear the story of the “man born blind” from the Gospel of John (9:1-41). This story is about being enlightened: Jesus gives the gift of sight to a man who was blind from birth, empowering and enabling him to see, for the first time, his parents, the people of his community, the wonders of creation, and, most especially, the face of the Savior standing right before him.

Read more:
Why is my priest wearing pink?

John sets up an interesting parallel in this story. On the one hand, we have the blind man who, without any action on his part, is healed by Jesus. On the other, we have the crowd, including the righteous, believing observers who, it turns out, can’t see the wonder and the truth of the One who stands before them. The physical blindness of the man born blind is not the real disability in this story. Instead, it is the emotional, intellectual, and spiritual blindness of those who condemn Jesus and refuse to open their minds and hearts to the truth of his message.

As I reflected on this story, I was struck by Jesus’ words at the end of the passage. Responding to the Pharisees who ask, “Surely we are not also blind, are we?” Jesus replies, “If you were blind, you would have no sin; but now you are saying, ‘We see,’ so your sin remains.”

When we believe we have all the answers or know all that we need to know, we can, like the Pharisees, lose the ability to see how God is at work in our lives and in the world around us. The blind man, however, didn’t have these pretensions—he was open to what Jesus was asking of him.

After reading how he allowed Jesus to put mud on his eyes and washed in the pool of Siloam (a reference to Baptism), we realize that it wasn’t just his eyes that have been opened; his heart has been opened as well. This is why he is able to declare, “I do believe, Lord.”

The rose colors of this Sunday remind us that we are now more than halfway through the Season of Lent. As we enter into this Fourth Week of Lent, take time this week to reflect on how your Lenten penances and good works are helping us have a right perspective and to prepare to renew our baptismal promises at Easter.

“See how [the blind man] becomes the herald of grace. See how he preaches the gospel. See how, once he is endowed with sight, he becomes a witness. That blind man testified, and the ungodly were troubled in their hearts because they did not have in their own hearts what they saw in him.”
—Saint Augustine of Hippo, Tractates on the Gospel of John