Lent is more than half over. Do you know its origins? 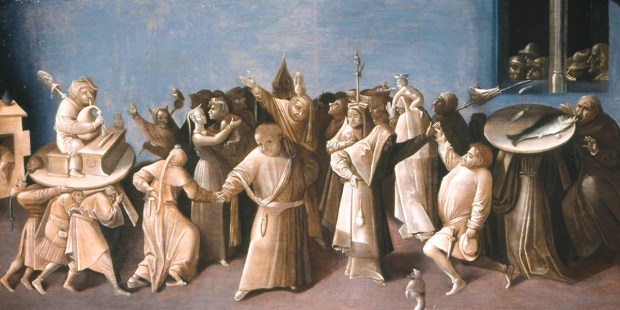 Many Catholic feasts and traditions have developed over time, but the celebration of Lent goes back to the very beginnings of the Church.

Fr John Flader, in his book 150 Questions and Answers on the Catholic Faith, explains the origins of Lent, starting with the fact that the word itself comes from the Anglo-Saxon word for springtime, “lencten.”

He notes that St Leo the Great, who was pope from 440 to 461, says that this penitential season was instituted by the Apostles themselves, and has always brought the faithful to a greater focus on what we know today as the three pillars of Lent: prayer, fasting, and almsgiving.

Read more:
A psychologist’s take: The 3 pillars of Lent are better for you than you know

The earliest practice of Lent involved only a few days of fasting (a week at most, says Fr. Flader). But by the end of the 4th century, the biblically symbolic time period of 40 days (imitating Christ’s 40 days in the desert) was the custom in both the East and West.

There was a distinction between the Churches of the East and West regarding fasting over the weekend. In the East, Lent was stretched across seven weeks, with fasting interrupted on both Saturday and Sunday. Westerners exempted Sunday from fasting, so in the 7th century, Lent was extended four days (starting on Ash Wednesday and running through Holy Saturday), to make for a full 40 days of fast.

And fasting was a whole lot harder from the 5th century all the way up to Vatican II in the 1960s (fasting still is more rigorous in the East). In those early centuries, only one meal was allowed each day for the whole of Lent, and it couldn’t include fish, meat or meat-derived products (dairy, eggs).

This rigor gradually lessened, with another small meal allowed and fish becoming acceptable. Later on, dairy was permitted.

Of course all of this sacrifice was and is a reminder of the incomparably greater sufferings that Christ endured for our sake.

He was pierced for our sins,
crushed for our iniquity.
He bore the punishment that makes us whole,
by his wounds we were healed. (Isaiah 53:5)

Read more:
Try this trick to help your kids see the meaning of Easter