“Ángeles arcabuceros” are to be found nowhere but in Cuzco.

Martial angels are often depicted with spears, shields or swords, in a more classic Roman or medieval fashion. But when Andean nobles and aristocrats of the Viceroyalty of Perú began to reproduce Dutch and Spanish engravings in the 17th century in the overseas provinces of the Spanish Empire, the weapons the heavenly army wielded radically changed. All of a sudden, angels abandoned their more traditional weapons, trading them for arcabuces, the classic 15th-century European muzzle-loaded firearm.

Most of these “ángeles arcabuceros” (“arquebusier angels”) correspond to apocryphal angels. Uriel, mentioned in the Second Book of Esdras (one of the pseudoepigraphal books that were included in an Appendix to the Vulgate Bible) was depicted frequently by the Cusquenan painters. Most of these apocryphal motifs, even though prohibited in Europe, survived in the colonies, probably due to the influence of certain collections of engravings, treatises and other pious images.

Make sure you go through the slideshow to admire the unique beauty of this exclusively Peruvian Baroque approach to angelic iconography. 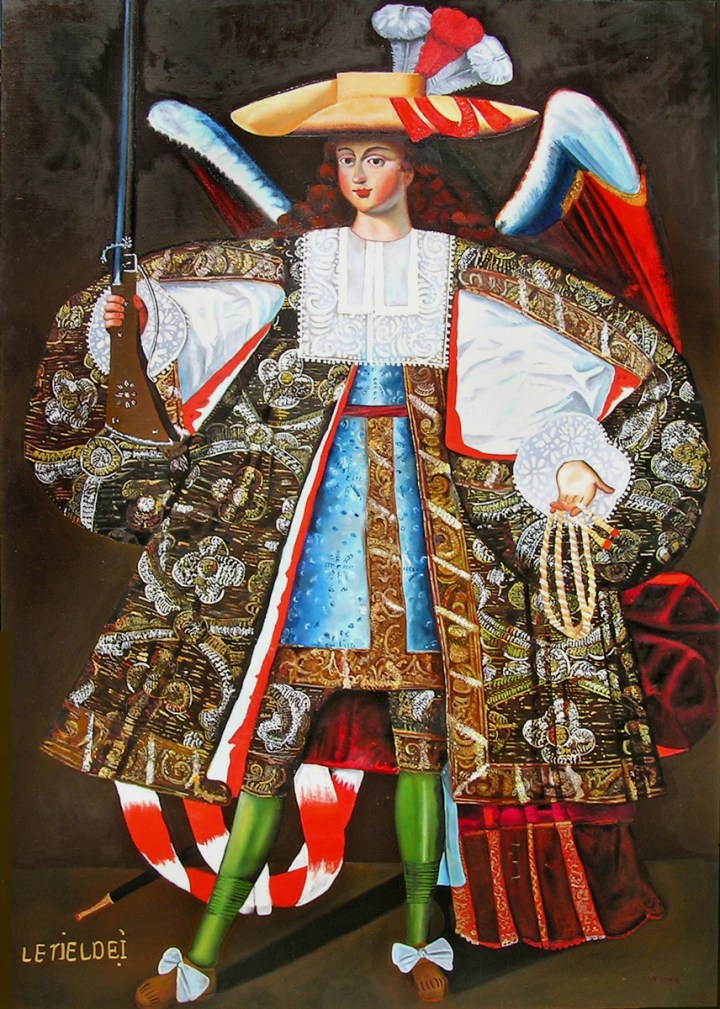