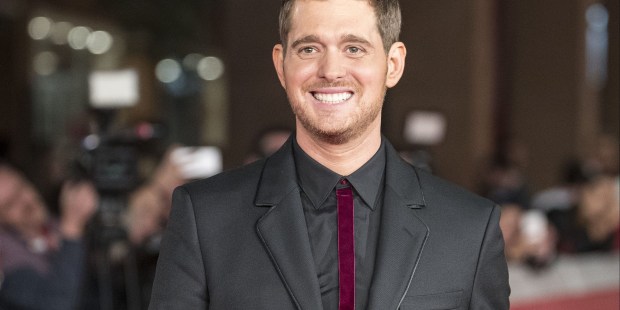 Noah, the 3-year-old son of singer Michael Buble, is recovering from liver cancer.

When Michael Bublé and his actress wife Luisana Lopilato announced on Facebook last November that their 3-year-old son Noah had been diagnosed with liver cancer, we could only imagine the pain the family was going through. The singer said that “at this difficult time, we ask only for your prayers and respect for our privacy. We have a long journey in front of us and hope that with the support of family, friends and fans around the world, we will win this battle, God willing.” The couple wanted to put their careers on hold to devote their time to their beautiful little boy and family.
Read more: Matt Damon's 2-week family rule

Happily, the couple recently announced on Facebook: “We are so grateful to report that our son Noah has been progressing well during his treatment and the doctors are very optimistic about the future for our little boy … We thank God for the strength he has given all of us.”

And other family members are equally grateful to God for His role in helping the family through this ordeal. Bublé’s brother-in-law, actor Dario Lopilato, spoke to an Argentinian newspaper on how his faith had been an integral part in coping with his nephew’s illness. He told the reporter how for him, “it’s very difficult to talk about. But I believe in God and sought comfort in Jesus Christ and a miracle from God came, from the way it [the cancer] was discovered, after the operation, everything.”

I hate posting just anything , so Instead ,Im posting my everything. We're on the best vacation ever. Lots of sunshine with my sunshine. #family #vacation #meandmyshadow

Read more: The miraculous life of a little girl kissed by the pope

Lopilato maintains that his family became even stronger by supporting Noah through his fight with cancer, explaining “it was something that has united us a lot as a family. God exists.” It is a great example of how families are at their strongest in times of immense anguish: pulling together to help each other through, offering their love, prayers, and a shoulder to cry on.

We can all hope and pray that the family remains strong and that little Noah continues on his road to recovery. And think on this lyrical verse in the recent release “I Believe in You” from Bublé’s 2016 album Nobody But Me, when Bublé sings: “You’re the light that lifts me higher, So bright, you guide me through.”