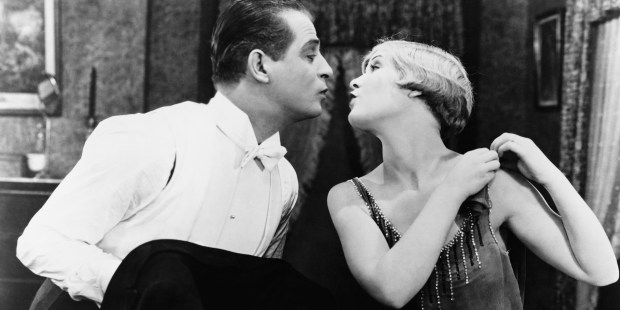 It’s never the bed that makes the marriage, and sometimes sleeping apart makes the relationship stronger.

Sometimes when I’m talking with friends their faces suddenly take on an awkward look of shock and I realize it’s because I just referred to my husband’s bedroom as a separate one from mine.

While society readily accepts that married couples may have separate bank accounts or a woman often keeps her own last name, sleeping in separate beds is considered a cause for alarm. It’s assumed the couple is having marriage problems and their relationship is on the rocks. Not in my case.

Read more: 7 Things you need to let go of for a happy marriage

My husband and I have been happily married for over 10 years and sleeping separately works for us. He works different shifts for the railroad and sometimes gets called in the middle of the night. He sets his ringer high with a loud scary ring tone so he’ll be sure not to miss it and that same scary ring tone wakes me up from a dead sleep and puts me in panic mode, every time.

I first started sleeping in the guest room when I knew my husband would likely be getting one of those calls. I loved those nights to myself. I had my own space and could stay up reading, writing, or trying on all the shoes in my closet. It was wonderful! I eventually started sleeping in our guest room every night.

I love that when I got married “me” became “we,” and I treasure our unity. But I was missing something in my life and that was quality sleep and personal time for myself. My husband has no issues with it, since I sometimes wake him up with my teeth grinding. When we get time to ourselves we seem to have more to talk about when we’re together. I believe that the marriage bed is an altar—we just have two of those altars—and so we spend time in each other’s beds to be intimate together; he comes over to my room and I come to his. I like to jokingly say, “Hey baby, your place or mine?”

Read more: The daily habit that can slowly kill your marriage

Over the years, it’s become more common for couples to sleep in different bedrooms because of snoring, health issues, work schedules, restless leg syndrome, sleep apnea and many other reasons, but we don’t seem to hear much about it, probably because couples believe they would be shamed. But the strength and closeness of a marriage is not determined by sharing a bed. In fact, marital beds are full of unhappy and unfaithful mates. The important thing is the closeness and connection a couple feels for each other and how seriously they take their vows.

It wasn’t until the late 19th century, actually, that bed sharing became popular. Going back to early European aristocratic marriages it was common for married couples to sleep in separate rooms. In countries such as Wales, you can visit stately homes and see the separate bedrooms in which the wife and husband slept. Even now Prince Philip and Queen Elizabeth II sleep separately.  Of course, we don’t all have a mansion or a castle with tons of bedrooms, but most middle class families have a guest room, bonus room or at least a sofa bed.

Jennifer Adams, a dedicated separate sleeper, shares many tips on how to sleep separately without ruining your relationship in her book, Sleeping Apart Not Falling Apart. The book is packed with research supporting her idea that sleeping separately doesn’t negatively impact relationships or a couple’s sex life. She interviewed couples who found that they received a better night’s sleep alone in their own beds without someone else hogging the duvet. The youngest couple she interviewed were 22 and 24 years of age. They slept separately but were sexually intimate with each other eight to ten times a week!

Read more: 5 Marriage lessons I learned from my dad, still happily married to my mom

According to a survey in 2005 by the National Sleep Foundation, nearly one in four American couples sleep in separate bedrooms, or at least separate beds. Dr. Michael Breus, also known as “The Sleep Doctor,” explains in a Psychology Today article how disrupted sleep can increase the risk for cardiovascular problems, obesity, and diabetes. He goes on to say that lack of sleep may diminish the positive feeling we have for our spouse, and lower levels of gratitude and selflessness are often shown between couples who didn’t get the sleep they need. Susan Heitler, clinical psychologist and author of The Power of Two, says, “I see lots of clients who sleep in separate bedrooms and have better marriages as a result.” But she also says, “If you’re splitting up at night because you’re fighting, or because you’re having sex issues, then it’s going to do more harm than good.”

Sleeping apart is not the answer for relationship issues, but nor is sleeping together. You just need to make sure you and your spouse have a mutual understanding as to why you’re sleeping in separate beds. Communication is key to making it work. It’s never the bed that makes the marriage, and sometimes sleeping apart can make the relationship stronger.