Is this how the consummation of the world begins? 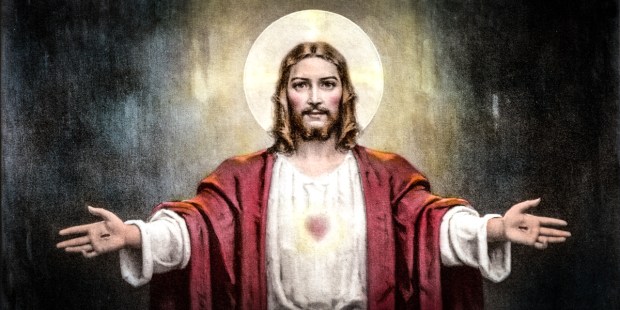 Are we on the way to fulfillment or disintegration?

“Half full? Half empty? Doesn’t matter if the glass rests on a house of cards!” So goes one view of the struggle between optimists and pessimists. May a Christian be a pessimist?

It seems so. Consider this excerpt from a letter by Tolkien: “Actually I am a Christian, and indeed a Roman Catholic, so that I do not expect ‘history’ to be anything but a ‘long defeat’— though it contains (and in legend may contain more clearly and movingly) some samples or glimpses of final victory.”

“Human history as a long defeat” seems unlikely to inspire rousing choruses of “He’s Got the Whole World in His Hands!” at the next Mass offered by Father Cheerful over at Saint Typical’s. I hear that hymn as the musical version of the most offensive phrase ever spoken: “Don’t worry—I just know everything’s going to be okay!” I’ve never been an advocate of any account of God that urges us to be passive and helpless because we can count on God-the-Magician to undo reality and bring about a happy ending as long as we think upbeat thoughts about how God’s goodness is proved by our being spared any discomfort. What could thoroughly Catholic Tolkien have meant in his letter?

Philosopher Paul Weiss wrote: “Judaism is Moses in the wilderness straining to reach a land he knows he never can.  For the Christian the truth is but the necessary first act in a Divine Comedy. The history of the universe for the Christian is in principle already told. It is a delightful tale with but a spicing of momentary woe.” Weiss understood, and Tolkien believed that the Christian is called to share in a victory that he didn’t win. Rather, the Christian is called to imitation of and union with the victorious Christ. Very well, but how should this affect how we live, pray and hope?

I think of these things as I look at the world, and then look at Paul’s Epistles, which show that Christian hope isn’t wishful thinking. He also shows us that the power of God must not be thought of as the magical reworking of a cartoon world but rather is the Divine Goodness bringing to perfection even the mess we’ve made of creation.  In other words, as biblical scholar William Barclay said, “If the Christian message is true, the world is on the way not to disintegration but to consummation.”

Again, apparently another point for the optimists: “It all works out in the end.”  But we would do well to hear from someone who maintained hope in the face of great suffering and monstrous evil, without losing his realism or indulging in wishful thinking.

The brutal facts, in one sense, have always been the same: We’re always in a war between good and evil, a war which will end for each of us either in eternal union with or separation from God. In another sense, the brutal facts are new: Christians are persecuted to death on an unprecedented global scope and scale. At the same time, there is widespread confusion about what Christ has entrusted to the Church he founded. Can we really then speak of Christianity as a “Divine Comedy” and the world as on its way to “consummation”?

Ephesians 1:15-23 summarizes the answer. Paul insists that the most resounding proof of the triumphant power of God is the resurrection of Jesus from the dead. The resurrection of Jesus proves that God will bring his purposes to fulfillment and that evil and death cannot have the last word. God’s providence cannot be defeated by human events. The resurrection of Jesus proves that nothing and no one can defeat God. Paul would say that we Christians must rejoice, because the Spirit of God who raised Jesus from death is the same Spirit that is given to us. This means that we are not helpless, we must not be hopeless, even though, sometimes, it seems that we are clueless. The pains of life, the drugs of the world and the lies of the devil help us to forget that even now, our crucified and risen Lord is also our reigning and returning Lord.

Sober from suffering yet stubborn with hope, the Christian must pray always, worship gratefully and work wisely as he passes with Christ from life to death to eternal life.

When I write next, I will speak of preparing for Holy Week. Until then, let’s keep each other in prayer.