Your weekly 90 seconds with the Pope: “Open your heart and God will do the rest” 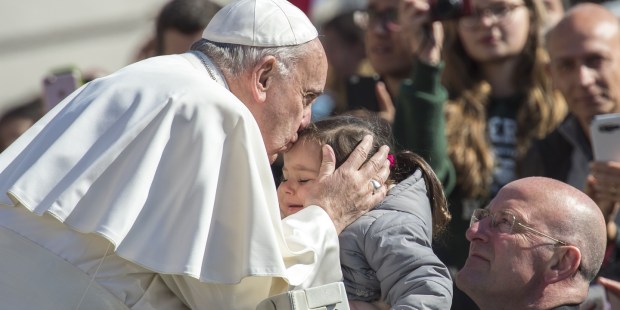 VATICAN CITY — “Open your heart to faith, and God will do the rest,” even at those times when hope seems humanly impossible.

This was Pope Francis’ message today at the Wednesday general audience, as he continued his series on Christian hope, with a meditation on the bond between hope and faith.

Pope Francis centered his reflection on the example of Abraham, known as our father in faith. God told Abraham he would have descendants as numerous as the stars in the sky, but in his old age, he was still childless and Sarah, his wife, was barren. Francis explained how Abraham “in hope, believed against hope” (Rom 4:18), and said:

Like Abraham, we can offer everything in our life as a “hymn to God, who liberates and regenerates,” especially as we look forward to the mystery of Easter, Pope Francis said. He concluded: