Feeling inadequate to the task before you? Here’s the saint for you 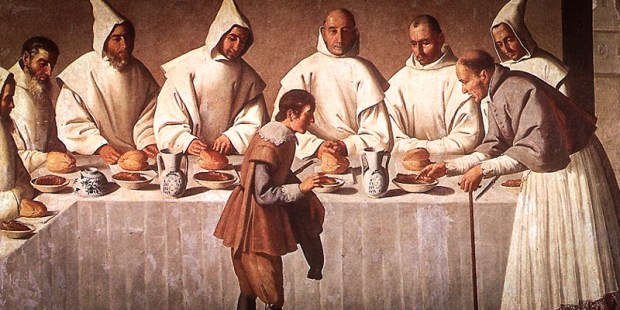 It was a hard lesson, but St Hugh finally found the peace of accepting that God would work through him.

The Christian call to humility is a difficult one.

For those who are extremely talented, good-looking, and well-liked, the challenge is to be more aware of flaws and of the fact that all that is good comes from God.

“Who confers distinction on you?” St. Paul asks in 1 Corinthians 4:7. “What do you possess that you have not received? And if you have received it, why are you boasting as if you did not receive it?”

Those who struggle with pride would do well to remember that every gift and talent and positive attribute they possess is pure gift.

For others, the struggle lies elsewhere.

Despite your gifts, you feel inadequate to the task the Lord has put before you. Each time you fail, your temptation is to give up, certain that you can never be enough. Rather than recognize that the Lord qualifies the called, you despair that your efforts will only end in failure.

St. Hugh of Grenoble (1053-1132) was one of the latter. Despite being handsome and talented and so bright that he was chosen bishop at age 27, Hugh was so convinced of his own inadequacy that on more than one occasion, he abandoned his post and fled to a monastery, offering his resignation of a job he felt he couldn’t handle.

Born to a pious family in France and praised for his intelligence from a very young age, the 27-year-old layman protested loudly when he was chosen bishop.

“But I repeat to you that I am not worthy of it!” he exclaimed. “What fairy tale is this that you’re telling me?” asked Bishop Hugh of Die.

“Who is asking you to act on your own strength? Count first on God, who will give you help.” For the first time, Hugh of Grenoble was taught the lesson that would form the chorus of his life: it is God who works in you, or (in the words of Exodus 14:14), “The Lord himself will fight for you; you have only to be still.”

Bishop Hugh was overwhelmed by the tasks that lay before him when he inherited a diocese filled with corruption and disinterest. But he’d never failed before, so he took up his bishop’s staff with a will and began fighting simony, ignorance, and clerical unchastity all over the diocese.

For two years he persevered, but to little effect. Discouraged by his slow progress, he declared himself unfit for the episcopacy and retreated to a monastery to live out his life as a Benedictine monk. For a year, letters went back and forth between the monastery and the Vatican, with the Pope reminding him firmly that the Lord didn’t need his talent but his faithfulness.

“But I repeat to you that I can’t do anything that’s good and worthwhile!” he insisted. “Very well, granted. You can’t do anything, my son,” replied Pope St. Gregory VII, “but you are bishop, and the Sacrament can do everything.”

Chastened, the good bishop returned to Grenoble to continue what he was certain would be a fruitless battle.

Often it’s only we who can’t see the good effect of our work, and St. Hugh spent the next 50 years attempting again and again to resign his post, unable to see the reform his leadership and example were accomplishing.

Probably best known for his assistance in the formation of the Carthusians (St. Bruno was his mentor and St. Hugh gave them the land that would become the Grande Chartreuse), Hugh often retreated to the silent monastery. Each time there was a new pope, he would tender his resignation again, pleading with the Holy Father to find someone better-suited to the task. Each time Rome and St. Bruno would remind him of his duty, both to his diocese and to the God who was the one working through him.

After his 52-year episcopate, the Diocese of Grenoble was an entirely different place, transformed by the natural gifts of St. Hugh and the power of God making use of a humble servant.

At the end of his life, still hoping to retire to a life of silent prayer, St. Hugh was able to make the words of Isaiah his own: “You mete out peace to us, O Lord, for it is you who have accomplished all we have done” (Isaiah 26:12).

He had spent half a century reforming the clergy, giving to the poor, and inspiring the faithful to follow in his humble footsteps. Despite suffering debilitating headaches for years, he neither complained nor slowed in his work, and at the end of his life he heard the Father welcome him to a well-deserved rest: “Well done, good and faithful servant.”

On April 1, the feast of St. Hugh of Grenoble, let’s pray for all those who feel inadequate to the life the Lord has put before them, that in humility they will recognize that God himself will fight for them.

St. Hugh of Grenoble, pray for us!