Looking for a different Easter-themed movie this year? Try these! 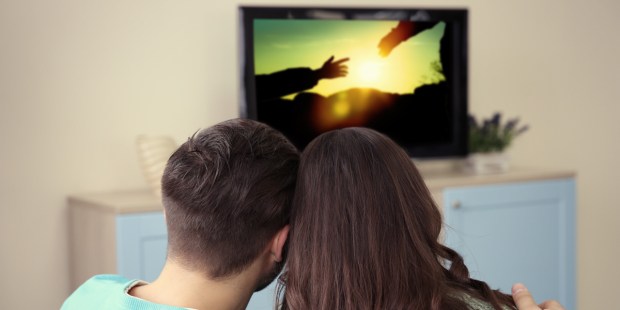 If ‘King of Kings’ is growing stale, try ‘The Miracle Maker,’ which is wonderful, or these other selections.

Easter is almost upon us, which means it’s time once again for all good Christians to break out their copies of The Ten Commandments and The Passion of the Christ. Following that, those in need of an extra dose of celluloid devotion can settle in for Turner Classics’ annual Easter offerings, which this year features such stalwarts as Ben-Hur, The Robe, and King of Kings. That should be enough Bible-based movie goodness to satisfy just about anyone. But, on the off chance you desire even more and don’t mind slipping something a little out of the ordinary into the DVD player, allow us to make the following suggestions:

Many have already made The Miracle Maker a part of their regular religious viewing rotation. If you aren’t among them, what’s keeping you? If it’s the fact that the story is presented mostly through stop-motion animation, don’t let that be a deterrent. This tale of the Christ, as told through the eyes of the young girl whom Jesus raised from the dead (see Matthew and Mark), is indeed extremely kid friendly. However, the sheer artistry on display, combined with the reverence of the storytelling, ensures The Miracle Maker is a treat for all ages. Mary Magdalene fans should take particular note as the film presents the patron saint of penitent sinners, not as a prostitute (thank you), but as a woman driven to her wits end by the seven demons tormenting her. The moment in which Jesus frees Mary from this living hell is one the most show-stopping scenes in any religious film ever.

Documentary style retellings of the story of Jesus are a dime a dozen, but only one can claim the legendary Johnny Cash as its producer, writer, and narrator. Made just a few years after his conversion to Christianity, Gospel Road was a project of love for the Man in Black. Scraping together what meager monies he could, Cash carried his cast and crew to film on location in Israel. Unfortunately, the movie’s low budget occasionally betrays it, most notoriously in its casting. Unable to afford a suitable actor to play Jesus, Cash allowed the film’s blonde haired, blue-eyed director to step into the role. Needless to say, a Jesus that somewhat resembles rocker Gregg Allman is a bit disconcerting. Still, the movie is sincere, and does have a striking final visual of the crucifixion transitioning into modern times, showing that it was indeed an act for all time. If nothing else, fans of Cash’s gospel recordings will certainly enjoy the soundtrack.

Ah, Godspell, the movie that launched a thousand guitar Masses. This musical reimagining of the Gospel of Matthew transports the story to early-70s New York, where the apostles are a ragtag group of street performers (yes, they do mime) and Jesus is a hippy in clown pants and a Superman T-shirt. Despite its obvious departures from scripture, Godspell makes no attempt to be blasphemous, and is actually kind of earnest in its own flower-power sort of way. These days, Godspell is remembered mostly for the song Day by Day, a syrupy little ditty that managed to keep a prayer to God on the pop charts for months during the summer of 1972. Musical tastes have changed since then, however. Depending on their disposition, modern viewers will likely find Godspell to be either a quaint visit to a bygone era, or an endurance test of the highest order.

The Psychedelic Priest, aka Electric Shades of Grey (1971)

Financed through the use of $100,000 worth of trading stamps (I kid you not), this exercise in guerilla filmmaking follows a young priest who suffers a crisis of faith after some stoners spike his soda with LSD. Unnerved by his horrific hallucinations, Father John abandons the Church and embarks on an Easy Rider style road trip during which he meets a nice bohemian girl, clashes with bigots, and helps deliver a baby. His journey of self-discovery quickly turns sour, however, as the drugs and alcohol take their toll. Eventually, the good father realizes the error of his ways and returns to the Church, perhaps a bit wiser and much better able to minister to the local burn-outs who hang around outside his parish.

Okay, let’s be honest. Other than The Miracle Maker, which is amazing, there’s little use in pretending any of these other films are actually all that good. For the most part, their chief appeal lies in their novelty. And yet, each in their own way also has a certain edge to them, a mad zeal to spread the good news that today’s Christian film makers might do well to take note of. As Eastertime amply demonstrates, the gospel message is not a bland or safe one. There’s no reason the films that try to communicate it should be either.