The bell tower, one of three buildings that make up Florence's cathedral, is home to seven beloved bells.

Giving names to famous churches bells is not at all an eccentricity. It’s a well-known, centuries-long tradition. Most Parisians would be able to call the bells of Notre Dame, for instance, by their names: Gabriel, Marie, Emmanuel, Anne Genevieve, and so forth. These bells feature prominently in Victor Hugo’s novel The Hunchback of Notre Dame and its various translations to film.

Those who have the fortune to be born in Florence, the cradle of the Italian Renaissance, have the the same familiarity with the seven famous bells ringing in Giotto’s Campanile, one of the three buildings that make up the impressive architectural ensemble known as Santa María del Fiore, the Cathedral of Saint Mary of the Flowers, in Florence (Firenze). Also known as the Duomo, after Brunelleschi’s massive brick dome, the cathedral complex was begun in 1296 by Arnolfo Di Cambio and completed centuries later, in 1436, with the Duomo.

Arnolfo di Cambio, the original architect and master of works of the cathedral, died in 1302. For 30 years, the whole construction was interrupted, until the renowned Giotto di Bondone, who was already 63 years old, was appointed as Di Cambio’s successor. Rather than directing his efforts towards the whole cathedral, Giotto decided instead he would build a unique bell tower in which he would combine architectural elements with characteristics of painting, which Giotto was already revolutionizing. Giotto wanted his Campanile to look as if it were painted, using architectural materials as if they were colors in order to add a chiaroscuro effect to the construction itself. Sadly, Giotto died three years after he was commissioned with finishing di Cambio’s project, having finished but the lower floor with its marble covers.

The Campanile is just one of the three structures that make up the famous Duomo di Firenze. You can enjoy the beauty of this exceptional Renaissance building in this slideshow: 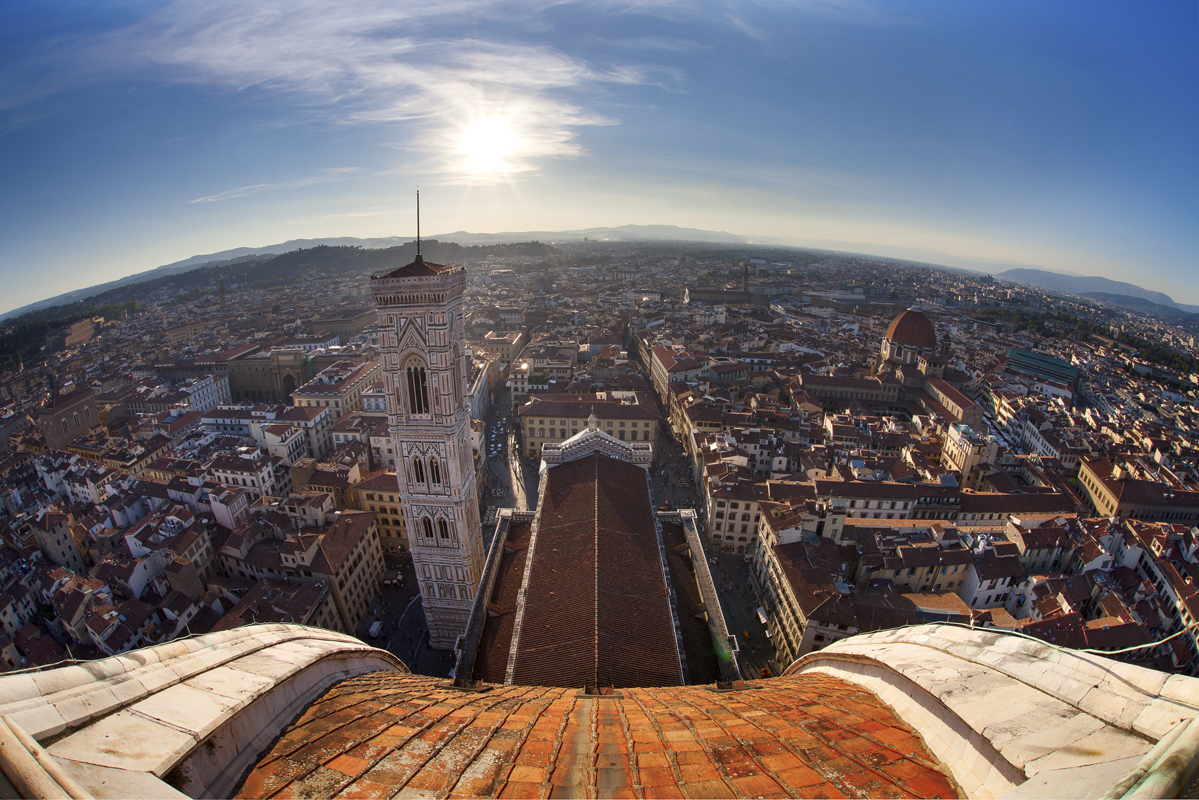