What do C.S. Lewis, Warren Beatty and Jerry Seinfeld have in common? 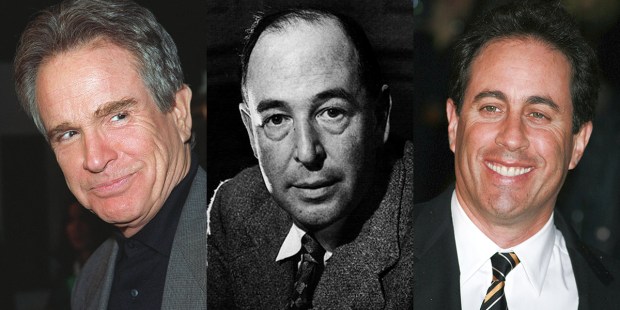 Hint: They (and many other men) were all over 40 when they took a very big step.

I’d like your honest opinion about my situation. Would you consider it normal that I am 43 and have never been married? Is it too late in life to get married?

They say there is a lid for every pot but I can attest that is not always the case. I own many lidless pots in my pantry. That is not meant to be discouraging; instead it’s meant to put you at ease. There is absolutely nothing wrong, in my opinion, with being unmarried at 43. And I don’t simply say that as a single 40-year-old woman myself. I say that because I know it to be true.

For better or for worse (probably for worse) our society is very career-oriented and people are encouraged to put their careers first — get “established” before marrying and having children. For that reason, many people are marrying later in life.

My first piece of advice: don’t fret about it. If you start focusing on being single you run the risk of putting yourself in the vulnerable situation of ending up with someone not good for you, just for the sake of not remaining single. I’ve seen it happen many times.

As for whether it’s considered normal to have never married — it may be completely normal for you. I don’t know you. Some people just have certain personalities that make them less predisposed to the married life. It doesn’t mean you’re weird or abnormal. At 43 you could say that it might be considered “normal” to be divorced and twice married, but just because that is commonplace doesn’t make it more normal or acceptable than never having been married at all.

I don’t take the stance that it is ever too late in life to do anything. My Catholic nature and that call to continual conversion demands it of me. With that, of course I do not think it’s too late to get married, provided that is God’s will and what is going to help you grow in holiness.

Instead of focusing on your single state in life, focus on improving your relationship with Christ and His Church. If you are feeling lonely or inadequate about your living situation, consider joining a men’s group at your parish or the Knights of Columbus.

I do wish you the best.

Read more:
For the first time, I am dating and I am not sleeping with her. It is not easy.