“Alt-right” vs human rights: What happens to us when we disengage from Christianity 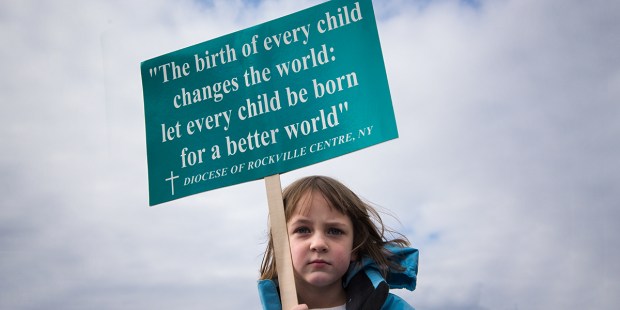 The dignity of the human person and attendant human rights become fast-fading blips on our radars.

It may not matter much as a political movement, but the “alt-right” (which for purposes of public discourse the AP defines as “an offshoot of conservatism mixing racism, white nationalism and populism”) gives us a good example of what happens to man when he disengages himself from Christianity. It gets ugly.

We don’t usually see this well, even though we live in a post-Christian society. Christianity is just one of the forces forming our world, and not the most powerful or the most popular. It has high negatives.

But our post-Christian society is still a foundationally Christian society. Christianity formed even those who think they’ve moved beyond it. The agnostic or even the atheist speaks about truth — at least the truths he believes in — as if he were a Christian. His ideas of right and wrong rest upon Christian beliefs in human dignity and free will, however much he’s modified them. He believes so definitely in racial equality because he knows all men are created equal, even if he doesn’t believe God created us.

In the case of abortion, as post-Christian a practice as you can think of, pro-choicers still feel they have to lie to cover up what they’re doing. They say the unborn child’s not a child at all, or maybe he is a child but he’s not a person. They pull a long face and explain that abortion is a necessity and usually a tragic one. Some no longer speak like this, but most do, because they still feel the Christian rejection of killing and its defense of the vulnerable.

So we don’t see well what happens when man disengages himself from Christianity. What does the world look like when people really have tried to leave Christianity behind? It looks like the alt-right. (It also looks like the Soviet Union, North Korea, or China. They all tried to create the Kingdom of Heaven on earth, and created hell instead.)

When people leave Christianity behind

Recently, the alt-right’s public face, a young man named Richard Spencer, complained that “the anti-abortion crusade” became a ‘human rights’ crusade.” (I found out about Spencer’s video, to which I will not link, from a Canadian writer named Jonathon Van Maren.)

You may remember Spencer from his fame for leading his followers in the cheer “Hail, Trump” while some gave the Nazi salute. He leads, as much as anyone leads something that mostly exists on the internet, the white nationalist movement. They prefer the name “identitarian.”

The skeptical quotation marks around “human rights” are his. He rejects the idea “that every being that is human has a right to life and so on.” Identitarians believe that

“Dysgenic” means making future generations worse by letting them hand on characteristics no one wants. He wants black and poor people to kill their children because he thinks that will make America better. For people like him. I think of this as teenage boy Nietzscheanism: a very simple idea of freedom and self-assertion without Nietzsche’s complicating sense of tragedy.

Then Spencer says something surprising: “Contraception has to a large degree changed the world for the worse.” But not for Catholic reasons. He’s bothered that the wrong people use it. “Intelligent people will engage in family planning because they naturally have long time horizons, they think ahead. Contraception has been terribly dysgenic in the sense that it is only the smart people that really use it.”

Near the end, Spencer explains his movement wants

to be a movement about families, about life in a deep sense — not just “rights” but truly great life, and greatness, and beautiful, flourishing, productive families. We want to be eugenic in the deepest sense of the word. Pro-lifers want to be radically dysgenic, egalitarian, multi-racial human rights thumpers — and they’re not us.

This shows where man without God winds up: in wishing some people will die so the world will be a better place for people like you, in which you buy the “truly great life” at the cost of others’ lives. Those of us who, believing in the God who so loved the world that he gave his only son for it, value every human life? Radically dysgenic, egalitarian, multi-racial human rights thumpers. But then we follow the radically dysgenic, egalitarian, multi-racial human rights thumper who said “Let the little children come to me.”