Religion and science: Where can the necessary dialogue start? 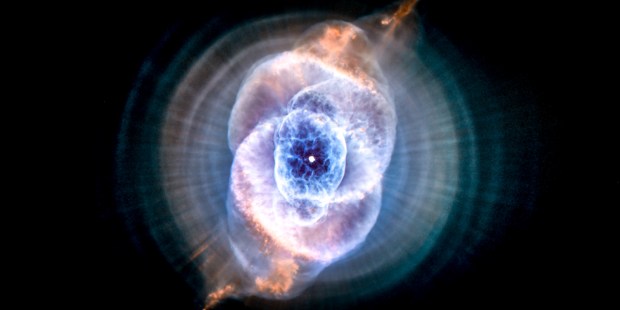 “And where, eminent sir, did the molecules come from?”

As it happens, it was Ash Wednesday when I casually flicked on an all-news radio station just in time to catch a quickie interview with a scientist. He’d written a book about the origin of the universe and wanted everyone to know that this particular story doesn’t require anyone to believe in the existence of God.

On the contrary, he said, from the start “the molecules” possessed a built-in dynamism that moved them to organize themselves into systems of ever greater complexity. Let those molecules do their thing long enough, and—voila!—the universe.

As I listened, a question formed in my mind: “And where, eminent sir, did the molecules come from?”

Naive? Perhaps. But consider the naivete of the scientist’s remark. It was typical of the pronouncements on spiritual matters made rather often these days by people—by no means always scientists—who purportedly speak with the support of “science.”

Science is a wonder, to be sure, and scientists are gifted people to whom we owe vast increases in our knowledge of and ability to manipulate the physical world. The more science tells us about the operations of this remarkable world, the more light is shed on the extraordinary creativity of God.

That said, however, it must also be said that some scientists exhibit a childlike hubris in pronouncing on questions that lie beyond the scientific method’s capacity for shedding light. That includes, but is hardly limited to, the question of God.

Several years ago a New York University philosopher named Thomas Nagel caused a stir—and received not a few personal attacks—with a book called Mind and Cosmos: Why the Materialists Neo-Darwinian Conception of Nature Is Almost Certainly False (Oxford, 2012) that was sharply critical of this sort of overreach.

Nagel, a nonbeliever himself, aimed his critique at the currently popular neo-Darwinian account of human mental functions, calling it “a heroic triumph of ideological theory over common sense.” With the necessary adaptations, Nagel’s critique applies to any similarly reductionist account of the world—such as one that explains the existence of the universe and everything in it by the action of molecules whose existence apparently can’t be explained.

Religion sometimes makes its own contribution to this problem by giving a simple-minded account of God. A prominent example: Michelangelo’s depiction of the creation of Adam on the Sistine Chapel ceiling, where God is represented as a powerful old man with a flowing white beard.

This is great art, but it is also very bad theology to the extent that, taken literally, it reinforces the anthropomorphic fallacy which supposes God to be pretty much like us, albeit much bigger and smarter.

So what is God like? Or more properly, what can we know about him? St. Thomas Aquinas makes the crucial point that “we cannot know what God is, but rather what he is not”—the way of negation it’s called. Revelation aside, such positive knowledge of God as we may have is knowledge by analogy, which comes from knowing created things: God is something like this, something like that, but very unlike anything in our experience.

Above all, God is transcendent—he exists in an order of being altogether outside our own. And, as Notre Dame historian Brad S. Gregory remarks in his important book The Unintended Reformation (Harvard, 2012), “If real, a transcendent God is by definition not subject to empirical discovery or disproof.”

This is heady stuff, hardly self-explanatory, but it’s a necessary starting point for dialogue between science and religion. Simplistic salvos from either side are no help in that.