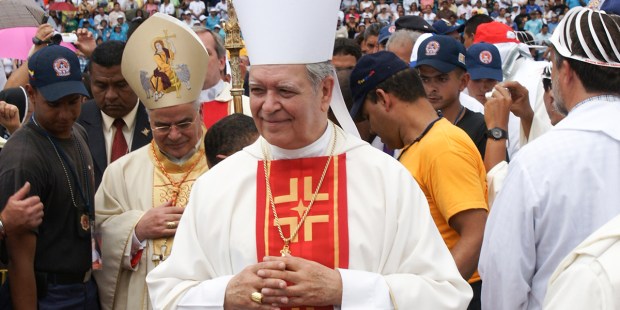 Surprisingly, the Attorney General condemned the decisions of the Supreme Court, as they constitute “a rupture of the constitutional order.”

“Undoubtedly, the challenges our Venezuela is facing today are immense and too many: we have the political problem of a national government that pretends to seize absolute power and control all spheres of public and political life, eliminating the activities and actions of those who do not submit to their designs, even imprisoning them.”

Such were the words of Cardinal Jorge Urosa Savino during the Seventh National Congress of the Laity of Venezuela, called “Leadership of the Laity in Venezuelan Reality,” which is taking place from March 30 to April 1 at the Andrés Bello Catholic University.

During the meeting, the archbishop of Caracas said the government of President Nicolás Maduro “now intends something utterly grave: to neutralize and penalize through the Supreme Court of Justice (TSJ) the legitimate representatives of the people in the National Assembly (that is, the Congress).” In addition, the government intends “something which is still worse,” Urosa added: “Abolishing the constitutional powers of the Venezuelan Parliament.” The US Department of State also published a note stating the Venezuelan Supreme Court decision “greatly undermines democratic institutions.”

Although the Cardinal of Caracas did not elaborate on the decision taken by the Supreme Court on March 27, in which the court would be assuming powers exclusively attributed to the competence  of the National Assembly, he appealed to the laity, urging them “to be salt of the Earth and light of the world,” also in the political arena.

“We also have the economic challenge posed by a totalitarian and statist system that has ruined the country,” Cardinal Urosa added. He also stated Venezuelans are overwhelmed by “crime and its immediate consequence, personal and patrimonial insecurity … A river of blood runs through our cities on a weekly basis … Many of our brothers do not have enough to eat, and are suffering malnutrition and hunger.”

If you want to read the full article (in Spanish), click here.