This Latin dictionary has been a work in progress since 1894 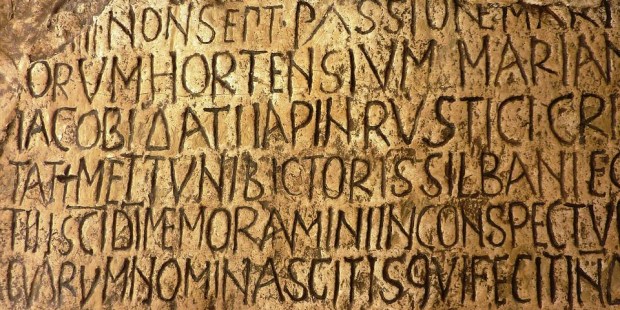 Its authors, currently working on the letter N, might possibly finish their task by 2050.

In a library in Munich, approximately 20 researchers are currently working on a project other scholars began 123 years ago. They are responsible for the most complete Latin dictionary ever compiled. The dictionary includes all the spoken and written variables of the ancient language, from its earliest inscriptions, dating from the 6th century BC, until around the year 200, when its use as an everyday spoken language began to decline.

“If a word is just on a toilet in Pompeii in graffiti, you’ll find it with us,” researcher and editor Marijke Ottink told Byrd Pinkerton, for NPR.

The effort of these researchers includes exhaustively reviewing a number of works written in Latin, catalogng each word and every passage they could get their hands on on any parchment, scroll or inscription, and then creating a detailed entry in the dictionary for each word, with its meaning and all inflections contained in each document.

The German government granted this mission to a group of experts in 1894, and that first generation of scholars filled a myriad of boxes with thousands of slips including references drawn from poetry fragments, speeches, legal texts, culinary references, gravestones, graffiti and more. In this dictionary, each word has at least one box full of references; for the word res (“thing”) there are 16 boxes.

The Thesaurus Linguae Latinae, once finished (possibly by the year 2050, according to some calculations), will include a complete volume for each letter of the alphabet.