“Too many Christians have decided that the world is bad …” 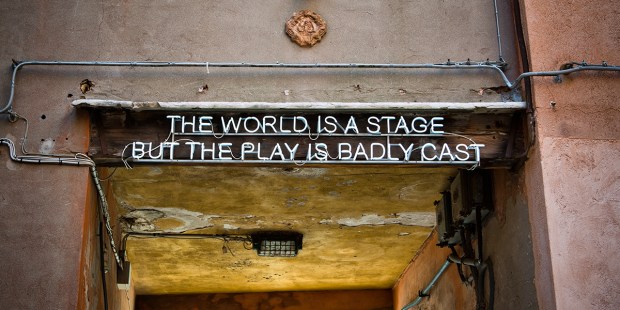 There is no winning with a message like that, but ‘The Benedict Option’ has some worthwhile tips for how to do more than virtue-signal in a world hungry for the good

Rod Dreher quotes a wise monk early in his book The Benedict Option whose words totally reset readers’ expectations regarding his “Strategy for Christians in a Post-Christian Nation.”

“The best defense is offense. You defend by attacking,” says Brother Ignatius. “Let’s attack by expanding God’s kingdom — first in our hearts, then in our own families, and then in the world. Yes, you have to have borders, but our duty is not to let the borders stay there. We have to push outward, infinitely.”

Dreher’s book is a great handbook on doing just that — building a Christian life in hostile territory in order to reclaim the culture. That’s how it should be used.

But readers have to be very careful. The book also falls into a particular line of thinking that paints the philosophical situation we are in starkly — and perhaps paints us into a corner.

Dreher writes in the tradition of Richard Weaver, whose brilliant Ideas Have Consequences in 1948 saw that the philosophical assumptions of people shape cultures. His analysis sees the philosophical roots of modern-day craziness in the nominalism of William of Ockham, and the “I think therefore I am” radical autonomy of Rene Descartes.

Thinkers today follow in this tradition in any number of ways: They point out the “structures of sin” in modernity that force us into sinful patterns — think of our education system that freezes out God and our corporation-driven economy that prevents North Carolina from protecting girls’ bathrooms. They also see America’s secular liberal democracy as a toxic environment for religious truth. When the state becomes, in Dreher’s language, merely “a referee among individuals and factions” what results is a system that Pope Benedict XVI famously called “a dictatorship of relativism.”

I think this critique is absolutely right.

We become fatalistic and hopeless, imitating Peter looking at the winds and the sea and seeing that there is zero possibility he can walk on water, even with Jesus there. Instead, we should imitate Peter heading back to Rome and certain martyrdom, following the crucified king.

Imagine if the first 12 apostles looked at the Roman empire and the Greek mystery cults and instead of looking for inroads, spent their time measuring the mammoth size of the defenses. Where would we be?

What are our inroads into secular culture? Dreher quotes another monk who suggests an answer.

“I think too many Christians have decided that the world is bad … Well, it’s hard to convert people if that’s your stance,” says Father Benedict. “It’s a lot easier to help people to see their own goodness and then bring them in than to point out how bad they are and bring them in.”

The virtues of our times should be low-hanging fruit for Christians. Consider:

And why not, instead of spelling out how formidable the intellectual climate is, start reminding ourselves how weak it is?

Secularism is a kingdom divided against itself. It cannot stand. We can use tips from The Benedict Option to help topple it. We already know what we are supposed to do: Be the leaven in the dough, the salt of the earth, the light of the world, the Good Samaritan.

We heard all about it from the one who said: “Fear not, little flock, for it is your Father’s good pleasure to give you the kingdom.”