Recovery schools that help students with addictions spring up throughout US 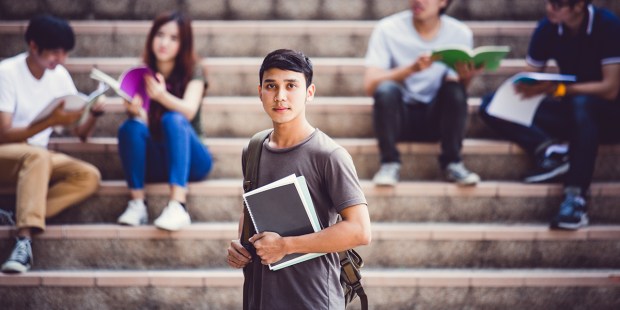 Secondary education may just be giving many students a second chance.

The specialty high school movement has really taken off, with everything from agricultural-themed secondary schools to high schools that prepare students for work in the healthcare field.

But there’s a new kid on the block: high schools catering directly to students who have been struggling with drug addiction.

With the national crisis of addiction, especially to opioids, extending to all classes of society and to a younger demographic, perhaps it was only natural that schools like this would spring up.

Independence Academy in Brockton, Massachusetts, is one of almost three dozen so-called “recovery schools” throughout the nation.

The Christian Science Monitor paints a picture of the problem:

While national surveys indicate that adolescent drug use has fallen in recent years, some 1.3 million 12- to 17-year-olds still met the criteria for a substance use disorder in 2014. That includes 679,000 young people who struggled with alcohol problems and another 168,000 who misused pain relievers.

And, timing for an intervention is important. “Studies find that 9 in 10 adults with addiction problems began their chemical dependency before age 18,” the Monitor explains. “In Massachusetts, unintentional overdoses of opioids alone claimed 1,465 lives statewide in 2016 – up from 613 in 2011. Among the fatalities were 114 individuals under age 25.”

And Brockton, like many cities, is struggling with a constant influx of illicit drugs and dealing with the damage that results: In early 2016, a tainted batch of heroin hit the streets, causing 40 overdoses in just two days.

Independence Academy enrolls about two dozen students. Opened in 2012, it’s one of five such schools funded and overseen by the Massachusetts Department of Public Health. To be admitted, students must pledge to abstain from using drugs and alcohol and submit to random drug testing.

Once they’re in, the hope is that a culture of “positive peer pressure” will help teens stay sober. They also receive intensive counseling to find ways to stave off addictive urges and to address whatever got them using in the first place. … The teaching is often tailored to address individual areas of weakness.

Are such schools effective? Researchers would like to find out, but they are reluctant to create a “control group” of students who would be left to struggle without the help of recovery schools.

“The problem is we can’t ethically direct children down one road if that would mean depriving them of treatment,” said Andrew Finch of Vanderbilt University in Nashville, Tennessee, who studies recovery high schools.

But Independence Academy believes it’s making a difference. They claim to see students go from using drugs once or twice a week to once or twice a month. It’s not perfect, but with drug addiction and alcoholism, it’s often just “one day at a time.”