Hidden symbols around the altar of St. Peter’s Basilica

The acknowledged father of Baroque sculpture Gian Lorenzo Bernini (“the Shakespeare of sculpture,” according to Katharine Eustace, editor of The Sculpture Journal) was only 25 years old when Pope Urban VIII commissioned him to fashion the altar of St. Peter’s Basilica. He was already an exceptional sculptor, but not yet an excellent architect. However, clever boy as he was, he decided to call his lifelong rival, Francesco Borromini, to join him in this exceptionally important task. From this exceptional joint venture, an equally exceptional work of art was born: St. Peter’s baldacchino, a pavilion-like structure which is 98 feet tall (we’re talking a 10-story tall building inside a basilica) considered to be the biggest bronze structure in the world.

Now, whomever approaches the baldacchino will immediately notice that its twisted columns, modeled on the pillars of Solomon’s temple, are decorated with laurel leaves and, strangely enough, bees. In fact, small sculpted bees are to be found almost everywhere around the Basilica, both inside and outside. These bees are the symbol of the Barberini family, to which Pope Urban VIII belonged. Their coat of arms included three bees on a blue background, next to a papal tiara and St. Peter’s keys.

In fact, this family crest is to be found at the base of each one of the columns of the baldacchino, on four marble plinths supporting the whole structure. The two outer faces of each one of these plinths are decorated with the Barberini coat of arms, so there are eight of them. At first sight, these coats of arms might seem identical, but they are not. They hide an interesting narrative that has fascinated historians, writers and (of course) conspiracy theorists alike.

Each one of the Barberini shields is enclosed by a woman’s head at the top and the head of a satyr at the bottom. When looked at closely, starting with the left-hand front plinth (as one enters the Basilica) the expression on the female face changes gradually. These changes have been interpreted, traditionally, as an allegory of the various stages of childbirth and pregnancy. In his L’art profane à l’église, Gustave Joseph Witkowski wrote:

The scene begins on the face of the left-hand front plinth; the woman’s face begins to contract; on the second and following plinths the features pass through a series of increasingly violent convulsions. Simultaneously, the hair becomes increasingly disheveled; the eyes, which at first express a bearable degree of suffering, take on a haggard look; the mouth, closed at first, opens, then screams with piercing realism. … Finally, comes the delivery: the belly subsides and the mother’s head disappears, to give way to a cherubic baby’s head with curly hair, smiling beneath the unchanging pontifical insignia.

Some say that this cycle represents a niece of Pope Urban VIII who had a very difficult pregnancy. In order to celebrate the birth of a healthy child, the pope commissioned these additions. Of course, conspiracy theorists think this is, instead, a series of Masonic messages (the stuff Dan Brown’s novels are made of). In fact, the most feasible theory is that, Bernini being a devoted Catholic, he simply wanted to represent the “Mother Church.” 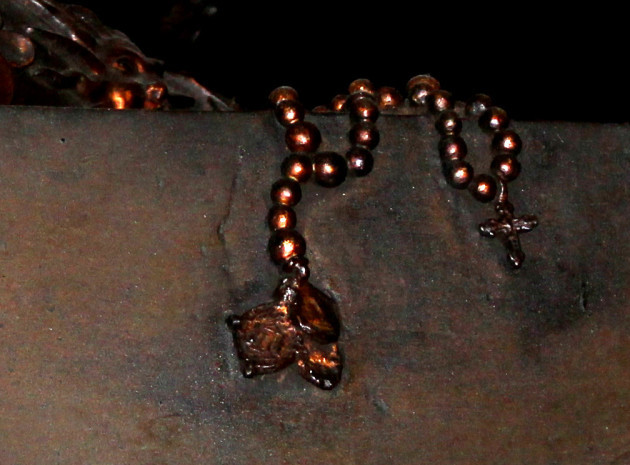 But just as we find bees, the baldacchino is also populated with lizards. These interesting creatures, able to change their skin and growing new tails, are supposed to be allegories of the Resurrection. In fact, one of these lizards, located in the northwest column, seems to be staring at the sun, symbolizing the contemplation of the divine. 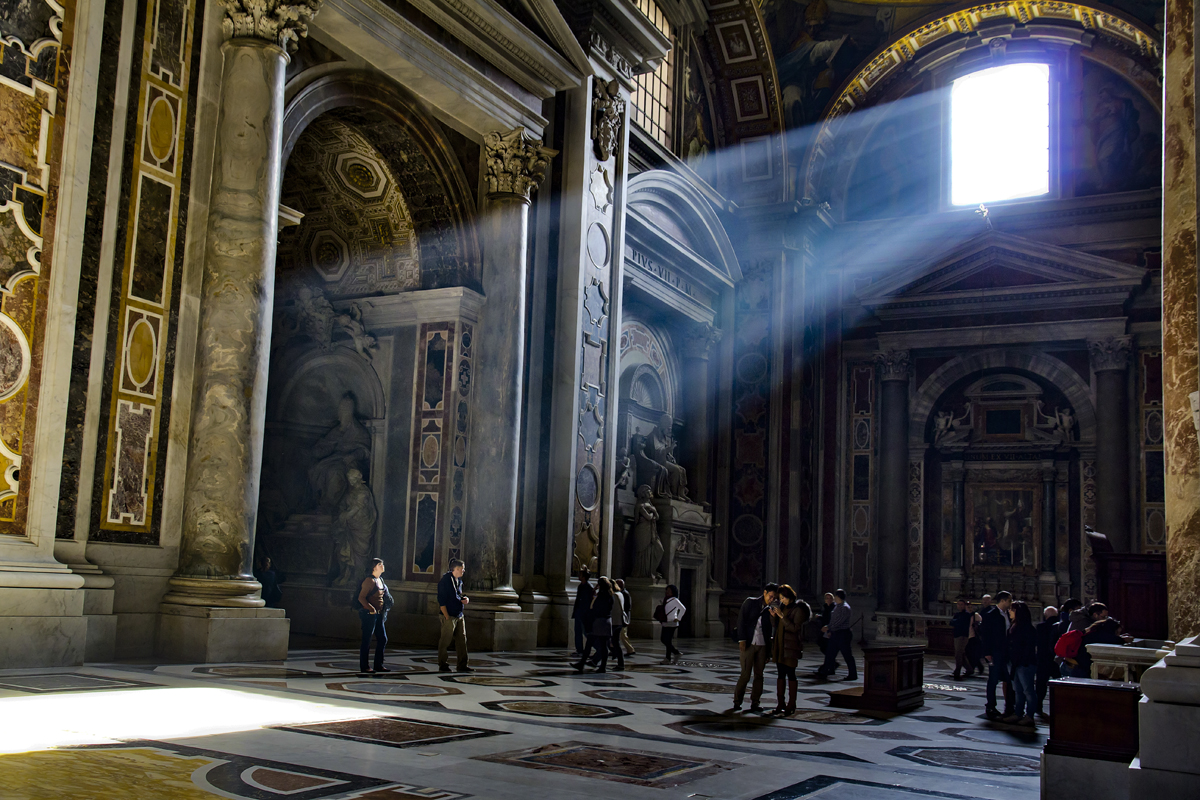