Help! Lent is almost over and I feel like I’ve really slacked off! 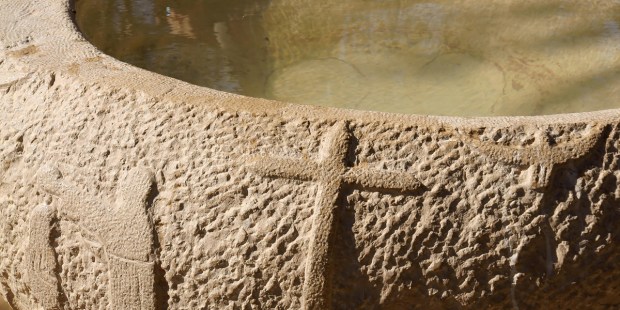 Katrina Fernandez has some suggestions to help make what’s left of Lent feel fruitful, and some ideas for next year, too!

I’m feeling pretty guilty about how slack I’ve been this Lent.  Lent is really a difficult liturgical season to keep because unlike Advent there isn’t a whole lot going on to emphasize the season. It’s pretty much business as usual until Easter. In Advent there’s holiday music and decorations everywhere that help build that anticipation for Christmas that I know I should be feeling for Easter. I should be as excited about the resurrection of Christ as I am about his birth, but I can’t get into the spirit of things.

I don’t think that we should be aiming to accomplish a festive spirit in the Lenten season similar to the “Christmas spirit” that’s popular during Advent. After all, the Lent season isn’t  a celebratory time, it’s a penitential one. And if you want to get technical, the festivities come during Christmastide season, not Advent, typically when the rest of the secular world has moved on from Christmas and directed their attention to New Year holiday.

With that, I do see your point. Everyone celebrates Christmas; not everyone celebrates Lent. Unless your day-to-day activities have you in a predominately Catholic environment you may not even notice it’s Lent at all. To properly “celebrate” Lent is a deliberate act of will. You have to go out and seek it as opposed to it coming to you, like during Advent. Lent is a challenge.

Read more: How not to waste Lent: 16 great suggestions

Also, Lent isn’t over. If you’ve slacked off it’s not too late to at least observe Holy Week. Grab your parish bulletin and see what they have planned. Make it a point to participate in the Paschal Triduum at your church. There is still time. The important thing is not to give up in discouragement.

Listed below are several resources and things you can do this Holy Week, and future Lents going forward, that can help bring Lent to you.

There’s a lot of beautiful music specifically for Lent. Create a playlist from some of the resources below to use during prayer or simply while cleaning the house or driving in your car.

There’s all kind of wonderful art available online to visually aid your focus on Lent. Sometimes contemplating a stunning image can stir the soul.

You can print out a favorite image to frame and keep at work or at home. I’ve even seen people post on social media pictures of the Stations of the Cross they’ve set up in their own homes — because going to church every Friday evening may not be possible for some of us with evening schedules and a lot of responsibilities.  The cleverest idea I saw was someone who just printed out the stations and used clothes pins to pin them on a string tacked on their wall. Simple enough.

Every year during Lent I read two books, C.S Lewis’s Screwtape Letters and The Great Divorce. Perhaps you can create a similar reading habit by picking a book that appeals to you and that focuses on the topic of sin and redemption and good versus evil. Elizabeth Scalia wrote an article that is full of wonderful suggestions to choose from.

I know there are tons of Christmas themed movies available, but the idea of human struggle, loss, and sacrifice are all popular and common themes often played out in cinema. So while it might be more challenging to find a specific movie related to Lent, outside of the obvious religious themed films like The Passion of the Christ, there are plenty of films you can watch that touch on the penitential nature of the season.  If you’re looking for a film about the beauty of sacrifice, Paul Asay has a list of five movies available on Netflix right now to choose from. David Ives also has a suggestion for some films a little off the beaten path. Why not set aside one night as a movie night, then next Lent have a movie night one night each week during Lent?

If you haven’t given something up this Lent or have tried and repeatedly failed, take heart. Resolve to keep trying and don’t let the devil tempt you to quit all together. If you haven’t started anything yet, start now. Or why not add something to your routine instead? Add a daily devotion like the Rosary, the Divine Mercy Chaplet, or the Angelus. Add daily acts of kindness and charity during Holy Week. The idea is to not get discouraged. God knows your heart and your contrition.