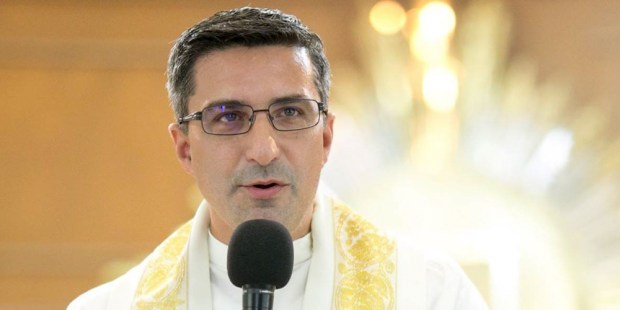 A recent New York times feature article on the current Philippine president, Rodrigo Duterte, calls him a “killer-savior.” This apt oxymoron captures the strange credibility Duterte has established for himself since taking office in June 2016.

“Strange” because he built legitimacy not on humanitarian principles, but on thousands of deaths linked to what he calls a “war on drugs.” Even children have been caught and killed in this war’s vicious, lawless crossfire.

For the country’s elites, the scandalous number of murders, which are much higher than during Ferdinand Marcos’ 21-year presidential term, prove how depraved Philippine politics has become.

But for residents in poorer, crime-ridden areas, the numbers are reassuring. They show Duterte’s commitment to their security and well-being.

To them, the killings demonstrate that Duterte understands what the majority of Filipinos are going through, in contrast to the detached elites, who are blind to what’s happening on the ground.

A political environment like this sheds light on why university students, even if they feel drawn to secular ideas, prefer Church to state authority. In a course I teach on the Philippine revolution, I assigned a reading about how the Catholic Church had become the fulcrum of town life across the Philippines by the 19th century. This prompted me to ask my students which authority they trusted more: Church or state.

Surprisingly, most chose Church, and when I asked why, one student said it’s because Church authority might be assertive when making moral pronouncements but does not resort to dehumanizing methods, such as unjust violence, slander or profanity.

A priest who fits this view of Church authority is Fr. Luciano Felloni, an Argentinian missionary who works in the Diocese of Novaliches, north of Manila.

Fr. Felloni learned Tagalog fluently, and now, preaches and produces videos in the local tongue. In fact, his accent is so convincing that if I were blind and only heard his voice, I would think he were Filipino.

The results of his work have been hopeful.

Through it, he’s helped many victims find healing and renewal. He has even managed to give them opportunities to make an honest wage. He’s also prevented the breakdown of several marriages and families poisoned by this insidious problem.

Earlier this year, Fr. Felloni delivered a talk at our university where he shared five key insights he’s taken from this difficult ministry. If we keep in mind the gritty and risky nature of his work, these reflections show, in an extraordinary way, how our faith’s most basic truths do shine in the darkest places.

One: Always be proactive.

He explained that when you notice a problem, you will always find a solution. This conviction comes from the virtue of hope, which allows you to see that God’s goodness and mercy is always stronger than the greatest evil.

Two: Trust in the power of the community.

He said that when faced with a problem like widespread drug use, the Christian should not view it as “his” concern only if affected personally. Rather, social problems call us to solidarity. They are invitations to see victims as “my people,” as related to me. Because each one is a fellow child of God and human being, I can’t simply stay silent. I have to do something. And when each one has this attitude, communities can change society.

When working for God, your first resource isn’t money, but faith. A missionary’s capital is spiritual before it’s material. This means relying on Providence first. Then, the budget always comes. It doesn’t work the other way around.

Four: Every life is sacred.

He’s re-discovered that every life, even the most wounded, has value. He’s seen how goodness always hides beneath brokenness. And in that goodness, we discover the possibility for change.

Five: Action is an amplifier of words.

He realized the Church must do more, so she is heard more. If we want government to see that non-violent rehabilitation is possible, we can’t just preach it, we should show it. If we don’t, our words fall on deaf ears.

According to him, “If we adopt the (drug) users, then we can say (to the State), ‘Come and see!’ (But,) if we don’t do anything, our voice becomes voiceless.”