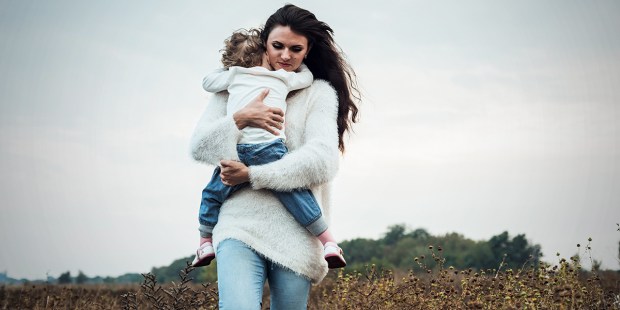 There’s one thing you might be doing that could be upping the odds.

I don’t have much experience with children and drug addiction, since my oldest is only 11, but I know addiction from the inside. I was a meth addict in college, and from somewhere inside my personal hell, I saw the hell it put my parents through. The confusion, anger, fear, and above all, the doubt. “Where did we go wrong?” my mom asked me once. “What could we have done?”
Read more: Looking to volunteer? You can cuddle newborn babies

I don’t think there was anything they could have done, or any way they went wrong. Addiction can happen to anyone, for any reason or no reason at all. But when I read these words by Patricia Byrne, whose son was a heroin addict, it resonated:

Should I have taken him back to school to get a forgotten book? When he left his report on the counter in fifth grade should I have left it there instead of bringing it to school? He had ADD so organizing was hard for him. Did I do too much? Did he never learn to be accountable for his own actions? Was I too worried about him failing a stupid sixth grade math test? Should I have let him fail and learn the result of not putting in the work instead of making him study against his will? Should have, would have, could have were constantly swirling in my head. Tiny voices blaming, blaming …

Yes, I should have let him fall on his face when he was little. The consequences of their errors grow as they do. I didn’t have to catch him when he fell—I was holding on so tightly he never really fell.  And when he went away to college he fell hard. So yes, I should have let him fail more when he was young.
I don’t recognize my own parents in her description. My mom is about as far from an enabler as you can get—she let us fall early and often, and the confidence in her voice when she said “you’re all right” was all we needed to believe it.

But I do recognize myself.

I’m the type of mom who brings forgotten lunches to a child after reminding him to grab it on the way out the door. I don’t like to see my children suffer, so I remind and nag to prevent failure, and create buffers to try and absorb it.

If I’m being honest, it’s not just my kids I’m concerned about—I don’t want to seem like “that” mom, the one whose kids never have a lunch. I want people to look at me approvingly and think, “she’s a good mom—she’s got good kids.”

Here’s the truth: I do have good kids. But they need a better mom. They don’t exist to publicly validate my domestic efforts. Kids learn more from natural consequences than from contrived ones.

I will never forget the day I had to walk to school. As a child, I was in a perpetual state of disorganized chaos and could never find my shoes on time. After making everyone late for school several times, my mom said, “the next time you can’t find your shoes, you’ll walk to school!”

The next morning I stood forlornly in the driveway, late-found shoes on my feet, staring at the empty place where the car should be. My dad shook his head and said, “You know the way. Better start walking.”

It started to rain before I’d gone a dozen steps. Three people I knew stopped and offered me a ride, but I shook my head and said, “I wasn’t ready on time so I have to walk.” I felt mistreated and unloved and so sorry for myself.

But I never lost my shoes again. I was ready ten minutes early every morning after that.

Co-dependency isn’t the only reason for drug addiction, but it is a reason. More perniciously, it plays a large role in the inability to break free from the addiction. Like heroin, meth isn’t a drug that lets its users walk away. For many reasons I’m in the minority of addicts who made it out—and I  believe that those early lessons from my parents are one of those reasons.