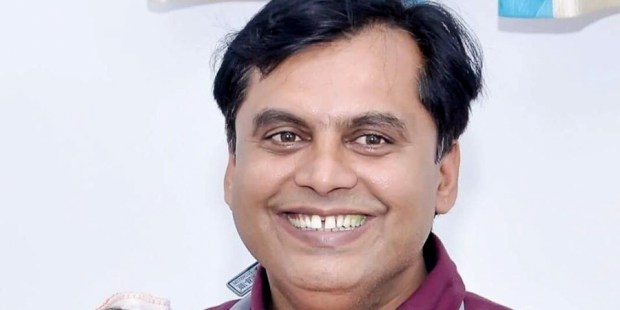 His country’s cultural preference for boys has led to widespread sex-selective abortion.

In India, a cultural preference for boys has made the country the most dangerous place on the earth to be born a girl, according to a United Nations report. Many don’t survive the womb.

Dr. Ganesh Rakh, who owns a small hospital in the western India, is doing what he can to try to change that deep-seated mindset, according to a BBC report. He delivers female babies for free.

Since ultrasound technology became widely available, sex selective abortion has become endemic in India—researchers estimate that up to a 12 million girls were aborted in India over the last 30 years.

While the use of ultrasounds for sex-selective abortion was outlawed by the government of India in 1996, that law is difficult to enforce, and is routinely flouted, according to Reuters.

Dr. Rakh sees his country’s preference for boys in his practice, he told the BBC. “The biggest challenge for a doctor is to tell relatives that a patient has died. For me, it was equally difficult to tell families that they’d had a daughter,” he says.

“They would celebrate and distribute sweets if a male child was born, but if a girl was born, the relatives would leave the hospital, the mother would cry, and the families would ask for a discount. They would be so disappointed,” he said.

The grim statistics on selective abortion and female feticide in India spurred him to offer free deliveries of female babies. Since he made the offer 464 girls have been born at his hospital.

Word of his campaign has spread, and many doctors he has contacted have agreed to pledge their support and join him on his crusade which he calls Mulgi Vachva Abhiyan (“campaign to save the girl child”).

“I want to change attitudes – of people, doctors. The day people start celebrating a daughter’s birth, I’ll start charging my fee again,” he told the BBC.