After social media saved her husband’s life, she uses it to save others 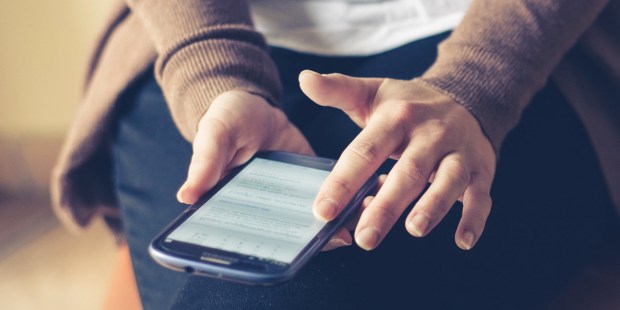 A Georgia woman uses her Facebook page to connect patients with kidney donors.

When Kristi Callaway learned that her husband, Raleigh, a Georgia police officer, needed a kidney transplant in 2014, she knew that his prognosis was dire. He could wait up to 5 years for a deceased kidney donor, and by then it might be too late.

That’s when she got an idea: she gathered her family together for a family photo, held up a sign that said, “Our Daddy Needs A Kidney,” and posted it on Facebook.

The story was picked up on the news, and the photo went viral. Over a thousand people offered to donate a kidney, reported Fox 5 News, and just 10 weeks later, a match was found, from a donor more than 900 miles away.

Inspired by the response to their Facebook appeal, Kristi decided she wanted to try to help the other 100,000 people waiting for a kidney. The odds were stacked against them – according to the National Kidney Foundation, only 17,000 of those who need one receive a kidney donation each year, and every day 12 people die waiting for a kidney.

Kristi decided to change their family’s “Our Daddy Needs a Kidney” page to feature appeals from other patients waiting for kidney donations.

“I just knew there were so many people following our page that were willing to help us,” Kristi Callaway told Fox 5. “Why not give them the opportunity to help others?”

Since 2014, she has connected many donors to patients, and saved 23 lives, according to a Good Morning America report.

Their Facebook page receives so many requests from patients searching for donors that the Callaways frequently post that they are overwhelmed by the response, but will do their best to feature each patient as soon as possible.

“We didn’t know it was going to do what it’s done,” Raleigh Callaway told Good Morning America. “It just touches my heart.”