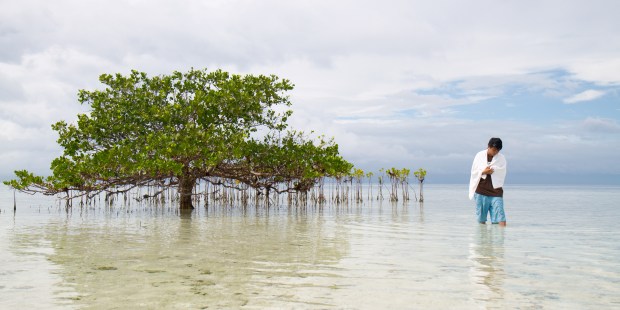 As the complex situation in Syria gets even more complicated, a firefight in the Philippines Tuesday serves as a reminder that the Middle East is not the only place where Islamist militants are causing trouble. The Philippines has been dealing with an Islamist insurgency in the south of the country for years, and there have been signs that the Islamic State is seeking to gain a foothold there.

On Tuesday, troops killed at least five suspected Abu Sayyaf militants and suffered three fatalities during a firefight in Bohol province, the Philippine military said. The concern is that Bohol is far from the southern territories where Abu Sayyaf has operated.

Reuters reported that the clash took place after the United States and Canadian embassies in Manila warned citizens against traveling to Central Visayas, which includes Cebu and Bohol. Rebel groups may attempt to conduct kidnappings during Holy Week, the warnings indicated.

Cebu and Bohol are two of the country’s most popular tourist destinations, far away from the island strongholds of Abu Sayyaf, an Islamic State-linked group known for extortion, piracy and kidnaps for ransom. …

Security forces launched the operation after receiving intelligence that a heavily armed group of 10 people was seen on three boats along the riverside of Sitio Ilaya in Inabanga town, Armed Forces chief General Eduardo Ano said.

Reuters said the group’s motive for traveling to Bohol was not known, but it has a history of kidnapping tourists for ransom money. Abu Sayyaf is currently holding more than two dozen captives on the southern island of Jolo. Earlier this year, the group beheaded a German hostage, and recently government troops killed more than 10 Abu Sayyaf militants in an attempt to free Vietnamese captives.

Some members of Abu Sayyaf have pledged allegiance to the Islamic State. President Rodrigo Duterte says ISIS is trying to gain a foothold in the predominantly Muslim southern Philippines. Said Reuters:

He has pleaded with Philippine separatist groups to reject advances of extremists. The military has been engaged in large-scale offensives with Abu Sayyaf but progress has been hampered by the presence of civilians in its strongholds in Jolo and Basilan islands.

Time noted the worry that the insurgency may be spreading:

If it is proven that [Tuesday’s] gunmen were from Abu Sayyaf, it may be the group’s first known attempt to carry out ransom kidnappings deep into the heartland of the central Philippines, far from its jungle lairs in the southern provinces of Sulu and Basilan. Abu Sayyaf militants have crossed the sea border with Malaysia on powerful speedboats and kidnapped scores of foreign tourists in past years.